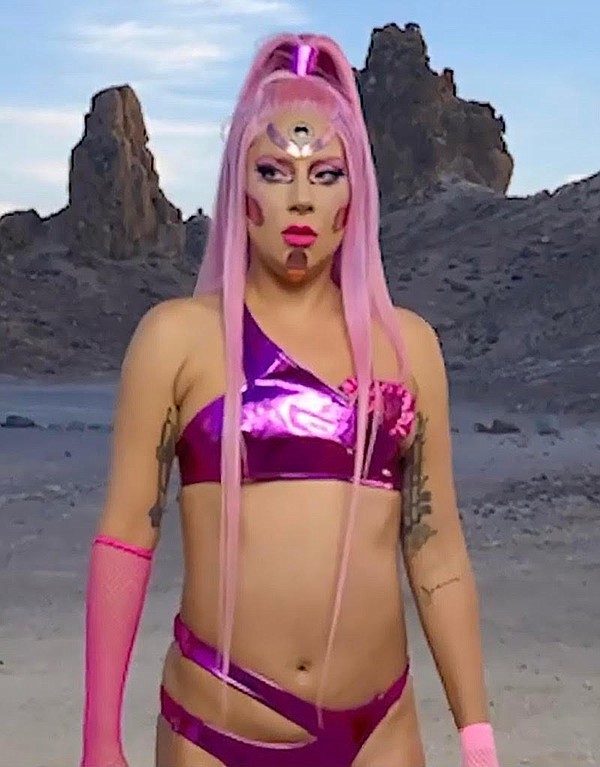 Lady Gaga made a return to the dance floor last month when she released song "Stupid Love." The video accompanying this dance track depicts a dance battle where the Kindness Punks led by Gaga, face off against rivals. Like everything else Gaga, fashion was a big deal and Los Angeles designer Candice Cuoco created some looks for the video. It was a major milestone for Cuoco. Gaga has been an inspiration for the designer. California Apparel News talked to Cuoco about this project. 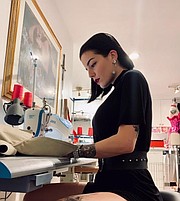 How did you meet Lady Gaga?

I never physically met her. Marta (del Rio Perez), the stylist of Lady Gaga’s fashion director Nicola Formichetti reached out to me. We were dressing some girls for "America’s Next Top Model." She said, "I’d like to pull from you." If Marta never contacted me, this wouldn’t have happened. I met her, she was freaking amazing. She wears 5- to 6-inch platform shoes. She looks like a beautiful cartoon character. She said that we have a shoot that we’d like to pull from you. But nothing got used. She said, "Don’t give up. I believe in you. She will wear your stuff some day."

When did Gaga wear Candice Cuoco?

She wore a champagne-white color piece for Gaga’s release of her first Holiday Makeup Collection campaign. I cried when I saw it.  It has always been a dream of mine to work with Lady Gaga. The first time time I saw her "Born This Way" video, I knew there was a place for me in fashion. It was weird and special, and everything that didn’t fit in, but felt right. 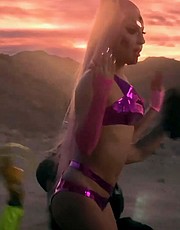 What happened with the video?

Gaga was shooting a music video for her first solo album in five years. Marta asked if I could make her backup dancers’ outfits. She also said, "Why don’t you put together some sketches for Gaga too? Just get your ideas down and send them over"’ I created a full-on leather look. It wasn’t used for the video though.

I think that the heartbreaking thing in fashion is, you make one thing, and put your whole heart and soul into it, and then it’s not used. I realized it’s not always because they don’t like it. It’s just that it doesn’t work for that moment. The moral of the story is never quit. I never quit.

For that same video, my team made a two-piece chrome vegan-leather bikini with a heart nipple pastie with a silk satin ruffle around the heart for Gaga.

But you made more clothes for the video?

Marta called and said someone dropped the ball on denim scenes. Do you know anyone who can put together denim looks? We need 14 different denim looks done. We have four days left. I called a number of women to help me, and they all showed up. There were 12 women in my living room and kitchen. We pulled together and made it happen. We pulled an all nighter with this one in the end. But I couldn’t have done it without all women who came to the house and sat on living room floor and made them.

Sales did not shoot through the roof once the video went live. I didn’t become rich, but I was happy. I was proud with what I did. A lot can happen when you don’t quit, and you don’t give up. If you just put your head down and get back to work. It will happen. Fashion can feel discouraging. One moment you’re in. Other times you are out. It’s just a balance. In life, you just have to keep moving forward in a direction that feels right for you.