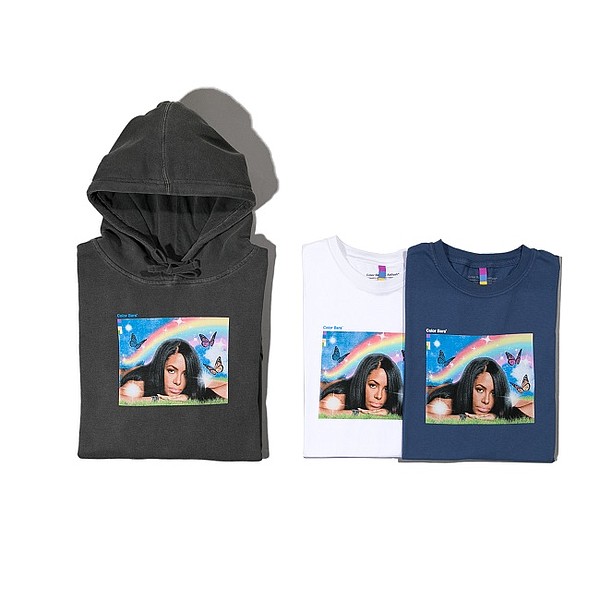 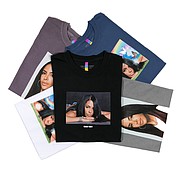 Color Bars founder and skate-industry veteran Andy Netkin pays tribute to late music idol Aaliyah with a new collection that relies on archived imagery of the singer, which has been not been seen in nearly 20 years. Through Los Angeles-based Color Bars, which licenses celebrity images for its collections, Netkin and his wife, Elisabetta, sourced photographs that were taken by photographer Ian White and worked with Aaliyah's estate to create T-shirts, hoodies, stickers and skate decks for the Color Bars x Aaliyah collection.

"There is this one image of her that I really loved and always wondered 'Where did this photograph come from?,' but I never see it anywhere," Netkin explained. "I found out who shot it and sent an email explaining what I wanted to do, he got back I touch with me. I made a separate agreement with him for usage rights and also Aaliyah's estate.

During his career, Netkin's focus has always been on the skateboarding lifestyle. This category is central to his business ventures, which he then blends with elements from popular culture. With the help of her estate-management representatives, Aaliyah's family granted approval through her brother Rashad.

"These photographs have been archived since 2001," Netkin explained. "It is very sensitive. One of the reasons the management company doesn't have many assets is that her family isn’t trying to capitalize on her and they don’t really give any new assets."

While Netkin, who founded the Primitive skate brand, is a fan of the singer, who passed away tragically in a 2001 plane crash, he maintains a business approach to his licensing deals. As a fan, Netkin wanted to create a tribute to Aaliyah, but as a business owner, he knew that the singer's legacy remains strong and the public remains interested in her work.

"I am pretty much a '90s baby. She is one of those personalities who transcends generations. I like to seek out licenses I have an appreciation for, but can also translate into sales as well. Aaliyah is one of those. She is an icon," Netkin said. "I wanted to show her in a very positive light and pay homage to her."

While Netkin is grateful for Ian White's work and the approval from Aaliyah's loved ones, he is also grateful to work on this collection as a project with his own family.

"This business is run by just myself and my wife. There is a lot of love and hard work behind it. I am the founder of Primitive skateboarding, which is now a large company I am no longer involved with. This is our new, independent venture our way of continuing to have fun making stuff," he explained. "It is completely collaborative between the two of us, so it’s she and I designing, doing it all, seeking out the licenses—everything from top to bottom."

Apparel pieces in the collection are priced from $27.99 for T-shirts to $69.99 for hoodies. Skateboard decks are available for $59.99, while stickers cost $1.99. With the apparel sized S-XXL, the collection will launch online on March 25 at 5 p.m. PST on NTWRK and March 26 at the Color Bars site. 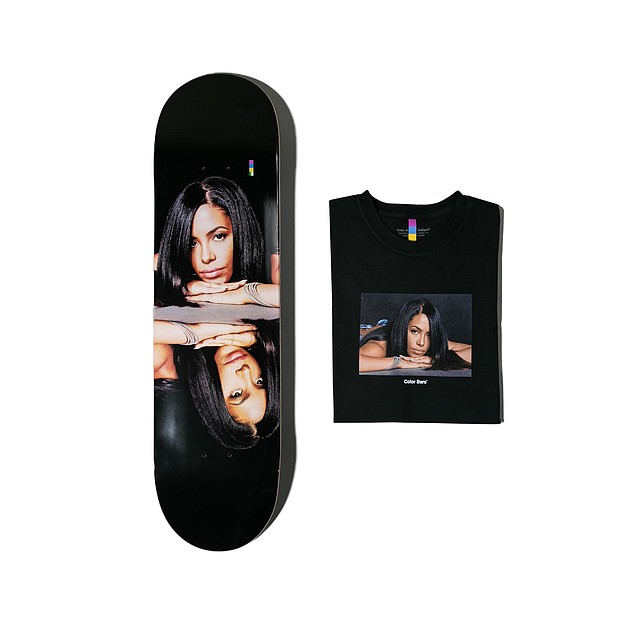 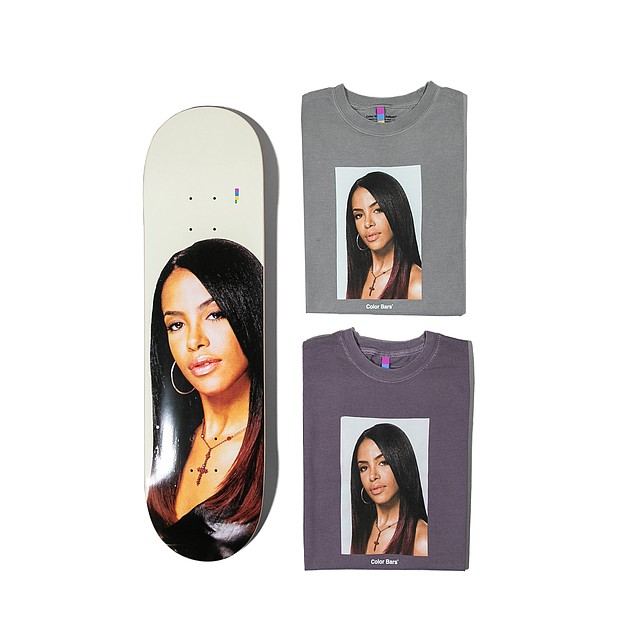