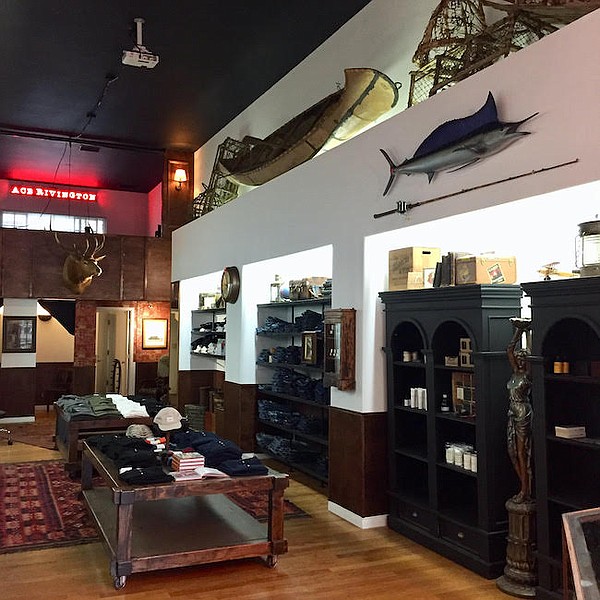 The Ace Rivington brand is taking its flagship to a bigger stage.

It recently opened a larger Ace Rivington flagship in a much more heavily trafficked section of the Historic La Arcada Plaza retail center at 1106 A State St., in Santa Barbara, Calif., said Beau Lawrence, the founder of the brand, which manufactures its jeans, T-shirts and sweatshirts in Los Angeles. 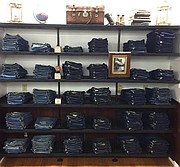 There was a soft opening for the new space on Halloween. It is the seven-year-old brand’s only physical store. The new flagship offers an additional 200 square feet of sales space compared to its former storefront at La Arcada Plaza, Lawrence said. The new flagship also will feature design and management offices for the brand on the shop’s mezzanine level.

This move is self-financed, Lawrence said. He invested his company’s federal government disaster relief funds into leasing the new space and developing more inventory such as 100-percent organic cotton winter flannels and fisherman sweaters manufactured in New England. The new styles are scheduled to be shipped to the new flagship at the end of week of Nov. 9.

To open the new space, Lawrence honed his skills in woodworking, construction and interior design. He and his staff of one full-time worker and a part-timer, provided the sweat equity to build out the shop’s interior. Lawrence said it looks like a 1940s British gentleman’s study. It features woodworking crafted by Lawrence, period wall paper, and movie props on loan from Independent Studio Services.

Lawrence said that serving as the designer of the new space, as well as its carpenter and construction worker, was an adventure in project development. “There was a pride in this project much like the pride one takes in styling your home," he said. "For me, there is so much personal attention and care that I put into this store. It’s a been a real satisfying process to create a space that is intended to be home away from home for our guests and visitors. This is going to be the brand’s home for many years to come."