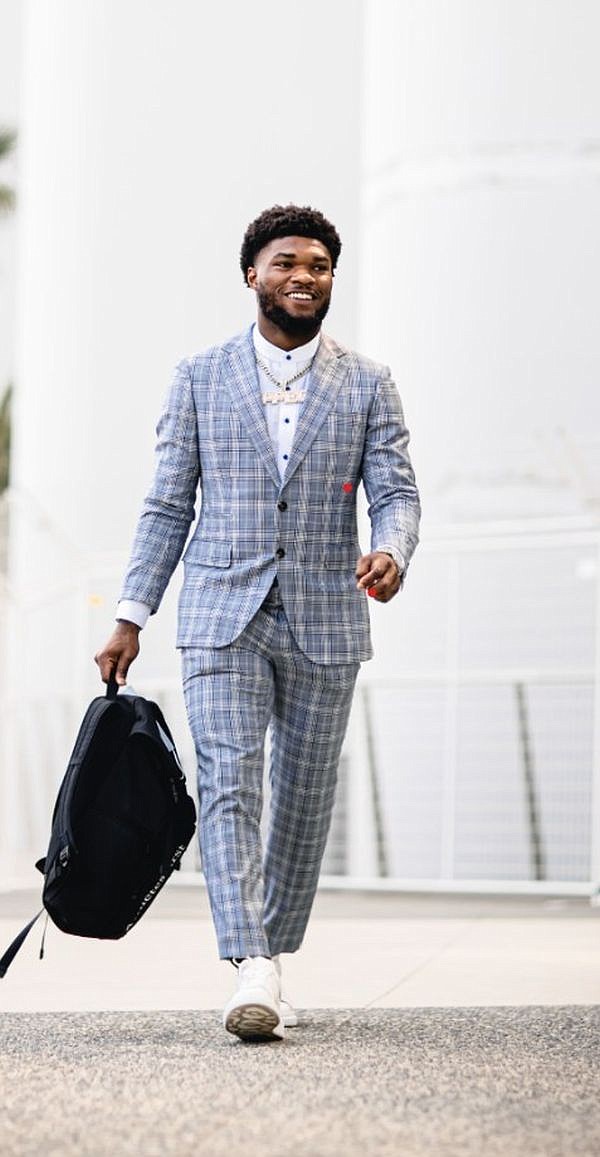 Sports-team merchandise such as caps and jerseys is estimated to be a multi-billion dollar business. But will sports fans also buy suiting endorsed by their favorite team? New York-based custom menswear company Knot Standard will find out.

It recently announced a partnership with the Los Angeles Rams National Football League team. Knot Standard will develop custom, formal apparel for the Rams’ players, coaches and staff, which will be worn on gameday and at Rams events. Each suit will feature stitching patterns used in Rams uniforms. The Knot Standard suits also will feature customized elements to reflect the wearers' individual style. Rams Running Back Cam Akers was one of the first Rams players to wear a custom Knot Standard suit. He wore it at the inaugural game at the new Rams home at SoFi stadium, which officially opened in Inglewood, Calif. last month.

Fans were presented with the opportunity to bid on a Knot Standard replica of each Rams player-designed suit and also receive a personal Knot Standard fitting experience. Bids will be accepted throughout the first week of October, according to the Rams auction site.

Funds from the auction will benefit St. Joseph Center, a non-profit that works with low-income individuals and the homeless. Net proceeds from sales of replica suits will be used to create suiting for St. Joseph Center clients who are reentering the work force.