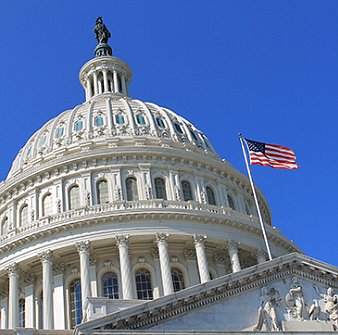 For more than five years, groups such as Human Rights Watch have said that the communist government has created a gulag of internment camps for the Muslim Uyghur group to indoctrinate them and crush their culture. Forced labor has been documented in these camps.

Lamar testified on “Enforcing the Ban on Imports Produced by Forced Labor in Xinjiang” before the United States House of Representatives Ways and Means Committee Trade Subcommittee. Lamar said the problem is massive. About 20 percent of the world’s cotton is sourced in Xinjiang. He also requested government help to combat the issue.

“We are on the front lines of this battle, making sure that workers are safely, responsibly, legally and voluntarily employed. We are constantly pioneering new methods and technologies to thwart forced labor,” he told the subcommittee.

However, his group’s members couldn’t handle the issue alone. “Much is written about the economic leverage of the apparel and footwear industry and its ability to influence the Chinese government. I wish these assertions were true, but they are not. The situation in [Xinjiang] is of a scale, scope and complexity that is unprecedented in modern supply chains. Moreover, forced labor, as horrendous as it is, is only one component of a much larger campaign of repression. These are state-sponsored programs and they are extensive. They require state-sponsored solutions,” he said.

He also recommended proceeding carefully with any sanction tools. One such sanction discussed was a withhold-release-order announcement that would declare all cotton sourced from Xinjiang to be tainted by forced labor. Lamar said that such a sanction would only end up doing more harm than good. He believed such a WRO order would create havoc in legitimate supply chains and hamper economic development in a global economy already hurt by the COVID-19 pandemic.

Lamar recommended to the subcommittee that it focus on strengthening global coalitions with the United Nations to pressure the Chinese government to stop forced labor.