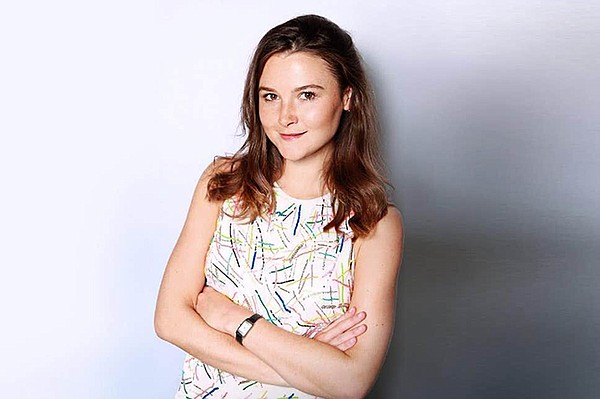 As digital commerce becomes more crucial to retailers, companies offering an edge in the digital competition for consumer attention and wallets are reporting growth.

The San Francisco–headquartered Zyper has reported new high-profile clients such as General Mills, Frito-Lay and Dunkin’ Donuts. In October, it also is preparing to release a Zyper software product that is a chat feature where brands can help foster fan involvement in their products, said Amber Atherton, chief executive officer and founder of the technology company.

Atherton has cultivated her reputation for being something of a digital wunderkind. She started coding as a child and founded the e-commerce jewelry company My Flash Trash. She also co-created and appeared in the British reality TV show “Made in Chelsea,” which has run for 19 seasons and follows the lives of affluent teenagers and young people. In 2016, she sold the e-jeweler to the Hong Kong–based Nefertiti Group Ltd. for an estimated ₤2 million British pounds or $2.5 million, according to media accounts.

The show made her an influencer, and she received a lot of pitches from companies. She was surprised at how many missed the mark.

“I developed the framework and idea for Zyper after recognizing white space in the marketing category,” Atherton said. “After I co-created and starred in ‘Made in Chelsea,’ I built a following on Instagram and experienced the inundating direct messages that brands and retailers blindly send to influencers. I would receive messages from brands I had never heard of before—it took me by surprise that brands just spent money on influencer outreach without understanding who they were reaching out to or their target customer. I began to understand that loyal brand consumers and community have a power that brands can’t buy.”

Atherton developed software that locates a brand’s biggest fans. After the Zyper software finds the superfans through sourcing their mentions of a brand or posting a logo on social media, it invites them to join a brand community hosted on the platform. In these brand communities, the superfans then generate content for brands.

In 2019, Zyper opened offices in San Francisco. It also developed a luxury client base. It has worked with LVMH, Richemont, Kering and FarFetch to build communities of loyal brand fans. In the past year, it has hired several new staff members including a vice president of product and engineering, a head of sales and a head of customer experience.

The branded-chat feature will further allow brands to create a customized, immersive community experience with fans that allows them to work on developing consumer insights through polls and surveys.

Fans can start working with the chat feature when they shop. They can download the custom-brand widget on an order confirmation page of a digital shop. This feature allows them to join a fan community on Zyper where they can start communicating with other fans and the brand. Atherton advises brands to develop networks of superfans.

“I strongly believe that superfan communities are today’s influencers and the days of spending thousands of dollars for one influencer’s Instagram post are over,” she said. “Peer-to-peer recommendations will be the next evolution in brand marketing, and consumers will become an extension of a brand’s content team. Brand fans will help brands create more-organic content and determine what channels they should focus on, events they should attend, trends they should get behind and flavors, colors and styles they should introduce.”