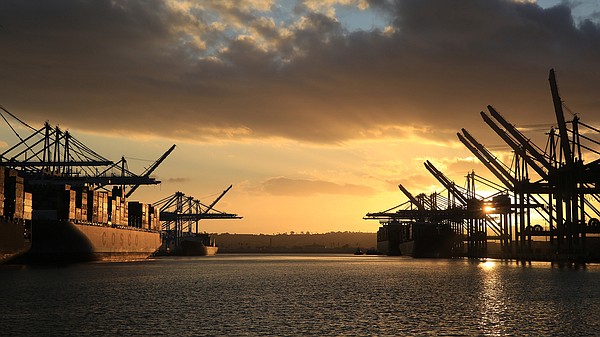 Seroka described the cargo surge as the port’s version of “March Madness” and explained that they were “breaking records” with the increased level of activity. The nearly 1 million TEUs, which would be large during the peak season in September or October, is unprecedented during this time of year. “We’ve never seen volume like this in the first half of a calendar year,” Seroka said.

It was the strongest March in the port’s 114-year history, outpacing the previous record of March 2015 by 21 percent. It was the port’s busiest first quarter, third busiest month and the largest monthly year-over-year increase ever.

“As more Americans get vaccinated, businesses reopen and the economy strengthens, consumers continue to purchase goods at a dizzying pace. I applaud our longshore labor force, truckers, terminal operators and supply-chain partners, who are working day and night to process the additional cargo,” Seroka said. “Collectively, we have been able to significantly reduce the amount of container vessels awaiting offshore. I’m also proud of the steady progress being made to vaccinate waterfront workers at the port’s on-site locations and elsewhere.”

Similarly, the Port of Oakland reported single-month record import and export numbers during March. The port received the equivalent of 97,538 TEUs and shipped out the equivalent of 94,169 TEUs last month. In the port’s 94-year history, neither number had ever been achieved.

“Ships are full, ocean freight rates are sky high and the need for empty containers to ship more cargo is never-ending,” Port of Oakland Maritime Director Bryan Brandes said. “We just don’t see conditions easing in the next several months.”

Similar to the experience at the Port of Los Angeles, the Port of Oakland had a decrease in imports and exports last March at the beginning of the pandemic. But this year’s March imports saw a 45 percent increase and exports increased 12 percent year-over-year.

The port also said its volume is up nearly 9 percent through the first three months of 2021.

And growth is not expected to slow down, according to Marilyn Sandifur, port spokesperson for the Port of Oakland. Sandifur said the port and other industry leaders are expecting large cargo volumes to continue at least throughout the summer.

A couple of key factors for the port’s continued strong performance is that ocean freight rates remain high while vessel space is tight, the U.S. economy continues to bounce back due to consumers’ engagement in retail therapy, and the peak-season trade is expected to begin in August. The port is expected to benefit from these and other factors including major e-commerce retailers, which have established distribution hubs close to the port and an increase in labor to help meet demand and the backlog of containerships.

Both the Port of Los Angeles and Port of Oakland are expecting continued growth in the coming months.