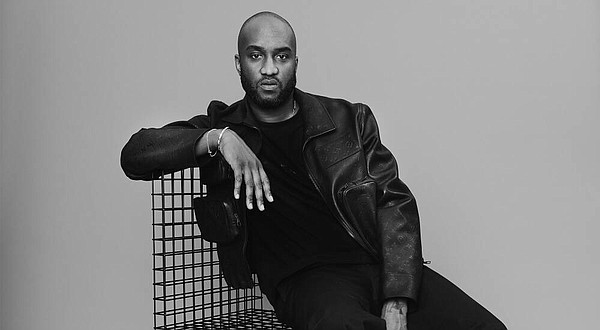 Virgil Abloh, founder of Off-White and men's artistic director at Louis Vuitton, passed away Nov. 28 at the age of 41 after a private battle with cancer. Photo: LVMH

On Nov. 28, the global fashion world was stunned to learn of the passing of Virgil Abloh, Off-White founder and artistic director and Louis Vuitton men’s artistic director. A pioneer in the fashion world, Abloh had privately battled cardiac angiosarcoma, an aggressive form of cancer, for more than two years.

“We are all shocked after this terrible news. Virgil was not only a genius designer, a visionary, he was also a man with a beautiful soul and great wisdom. The LVMH family joins me in this moment of great sorrow, and we are all thinking of his loved ones after the passing of their husband, their father, their brother or their friend,” said Bernard Arnault, Moët Hennessy Louis Vuitton chairman and chief executive officer.

Born Sept. 30, 1980, Abloh hailed from Rockford, Ill., eventually attending the University of Wisconsin–Madison, where he pursued a civil-engineering degree followed by the completion of his master’s studies in architecture at the Illinois Institute of Technology. According to a press release shared by LVMH, the master’s-degree coursework that Abloh completed was based on a curriculum founded by Mies van der Rohe.

In 2012, Abloh founded his brand Off-White c/o Virgil Abloh™, creating a collection named Pyrex Vision, and in 2013 he launched seasonal men’s and women’s pieces. Off-White began showing on Paris runways in 2015, the same year Abloh was named a finalist of the LVMH prize. Abloh would go on to win the British Fashion Awards’ Urban Luxe Award and International Designer of the Year at the GQ Men of the Year Awards. He was named artistic director of Louis Vuitton in 2018—the first Black man appointed to the role.

“It is an honor for me to accept the position of men’s artistic director for Louis Vuitton. I find the heritage and creative integrity of the house are key inspirations and will look to reference them both while drawing parallels to modern times,” Abloh said at the time of his appointment.

Working with LVMH, in July 2021, Abloh and the luxury conglomerate announced that the corporation had acquired a majority stake in the trademark owner of Off-White™, Off-White LLC. This was an exciting time for both Abloh and LVMH as their partnership was viewed as a step toward greater innovation through which they would cultivate brands and expand outside the fashion world.

Following Abloh’s passing, the show went on in Miami with a Louis Vuitton fashion presentation that unveiled Abloh’s final event for the fashion house. Louis Vuitton shared footage of the Nov. 30 Spring/Summer 2022 event, with Abloh’s voice audibly stating at the beginning, “I’ve been on this focus in terms of my art and creativity of getting adults to behave like children again so that they go back into this sense of wonderment. They need to start to stop using their mind and start using their imagination.”

In an Instagram post to Abloh’s account, the designer’s loved ones reminded the public of a phrase he often repeated: “Everything I do is for the 17-year-old version of myself.”