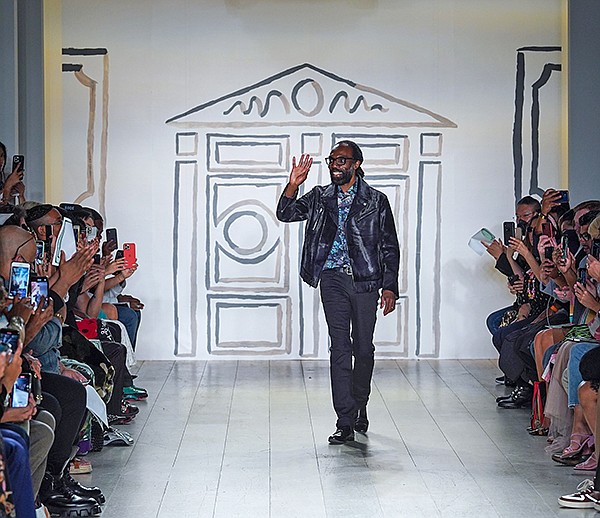 Veteran fashion designer and co-founder of Black Design Collective Kevan Hall made a return to on-site runway shows this year and also expanded his creative endeavors by making his directorial debut.

“New York Fashion Week on Fifth Avenue is a brand-new venue that is going to be the spot where designer collections are going to be shown. Right there on Fifth Avenue, with floor-to-ceiling windows where passers-by can look and see the collection happening in real time, I feel like it was a phenomenal space to show in,” Hall told California Apparel News. “It was great. People were excited to be back at fashion week and excited to see the collections.”

In March, Hall released his first fashion film, “Together Again,” on “Runway360,” an online fashion destination created by the Council of Fashion Designers of America. The film was produced in place of his in-person runway show during New York Fashion Week.

Filmed in Westlake Village, Calif., the video featured models of various ages and ethnic backgrounds speaking about gatherings of people in a post-pandemic world and showed off styles from the Kevan Hall Signature line as well as the capsule collection Luxe Leisure.