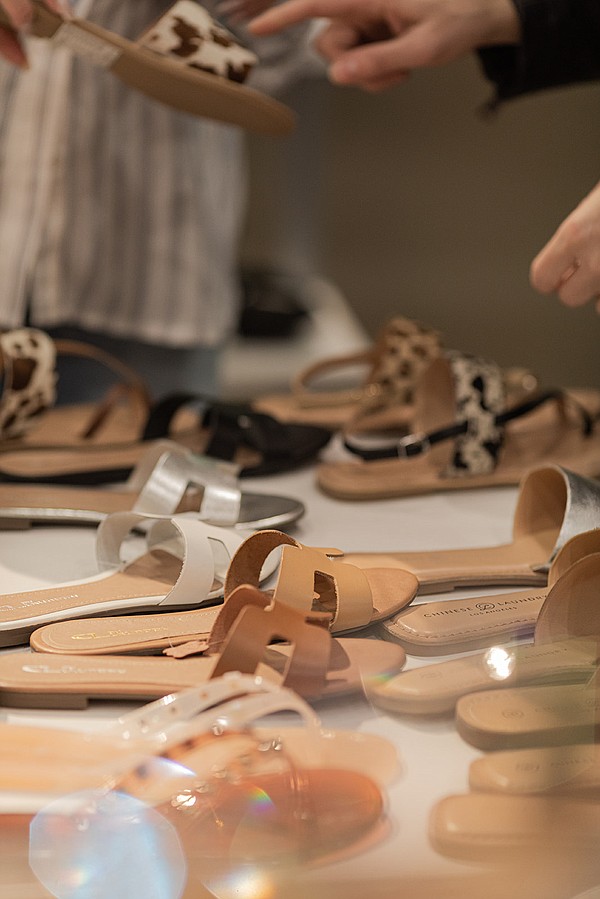 At MICAM Americas, buyers were able to find footwear to provide a head-to-toe dressing approach for their customers | Photo by Informa Markets Fashion/Hailley Howard Photography

MICAM Americas offered a footwear source at a group of trade shows that ran Feb. 9–11 as the MAGIC Pop-Up at the Orange County Convention Center in Orlando, Fla. Footwear ran the gamut from casual shoes to fashion styles with stiletto heels. Brands exhibiting included Bed|Stü, Matisse, Tamaris and Shu Shop.

The pop-up show was smaller in scope compared to MICAM’s usual biannual shows, which take place during the sprawling MAGIC Marketplace in Las Vegas. But deals were made at the pop-up show, said Debbi Kravetz, who serves as the U.S.A. brand manager for Petite Jolie, a Brazilian footwear and accessories brand that showed its Fall/Winter ’21 collection, which included sandals and sneakers..

“Petite Jolie had a great show,” Kravetz said. “We opened about 20 retailers. Most of them were small boutiques and a few larger footwear and apparel stores.”

Kravetz’s brand exhibited in a 10x10 booth. “I thought the layout was really good, and I loved the shelving units that came with the booth. Everyone basically had an open booth with a wall only at the back, so it was very open and approachable for retailers,” she said.

The trade-show producers’ COVID-19 precautions worked well, she added. Hand-sanitizing stations were posted at frequent intervals. Face masks were required. Attendees and vendors had to take COVID tests before being allowed to enter the convention center.

“It was important that we had this footwear component because that cross-shopping experience with apparel and footwear was key for our wholesale community,” she said. “Also, the fact that it is tactile, just like the rest of the industry, [meant] we needed to make sure we were able to include that as well.”

Helfman said that opportunities in footwear retail are increasing.

“More and more, as time has gone on, we have seen fewer specific footwear retailers. That cross-shopping opportunity is really big for footwear. They depend a lot on those primary apparel boutiques or retailers to shop footwear. Our buyer loves to get a full head-to-toe look in their store, so it’s always important that we have footwear as part of the lineup at any of our shows,” she said. “Gone are the days when you want to go to a specific footwear show and then you have to go to this other show. It’s just so much more efficient for these retailers to be able to shop footwear, accessories, apparel and gifts all in one shot. You get a lot more ROI for your dollar to come out to the show,” she said.

The live show ran in tandem with the virtual trade show MICAM Americas Digital, which is scheduled to run until March 16.