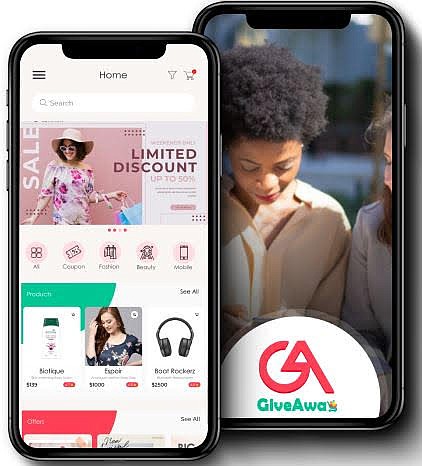 There’s a digital divide in the business world, according to entrepreneur Daniel Ejekwu.

“Small and medium-sized businesses don’t have what it takes to get a digital footprint,” Ejekwu said. These businesses often don’t have the financial resources to build and maintain an e-commerce website. He also said that many cannot bear the fees charged by e-markets.

On Jan. 13, he is scheduled to launch GiveAwae, a Carmichael, Calif.–headquartered e-market and forum for small and medium-sized businesses. GiveAwae’s app will be made available on Android and Apple platforms, he said.

This forum will give small and medium-sized businesses a digital presence. It will also develop a market for a group of businesses often ignored, he contended.

Retailers, including fashion businesses, will have the opportunity to develop e-stores on GiveAwae where they will be able to post pictures of products and promotional photos of their shops. One of the chief drivers of buyer traffic to this market will be discounted merchandise, Ejekwu said.

“You’re going to get rapid discounts on items,” he explained. “There will be items, such as the discounts for the day, that will be given away for little or for nothing.”

The notion that items will be made available at off-price rates or practically nothing was the inspiration for the name of the e-market. GiveAwae will charge vendors subscription fees and handling fees.

GiveAwae also will offer a separate forum for services. For example, if a television is bought on the market, a customer can visit the services forum to look for someone to install it. Ejekwu developed the idea for this GiveAwae forum after so many people he knew lost jobs during the COVID-19 shutdowns. These people were looking for forums to advertise services, which include gardening, house and office cleaning, and handyman tasks.

Ejekwu self-financed GiveAwae, which is a division of DanTech, a technology firm that provides computer support for businesses and homes in the Sacramento, Calif., area. Founder of both GiveAwae and DanTech, Ejekwu plans to make GiveAwae a global platform. This year, he will build GiveAwae sites in Australia, Estonia, South Africa and countries in West Africa.