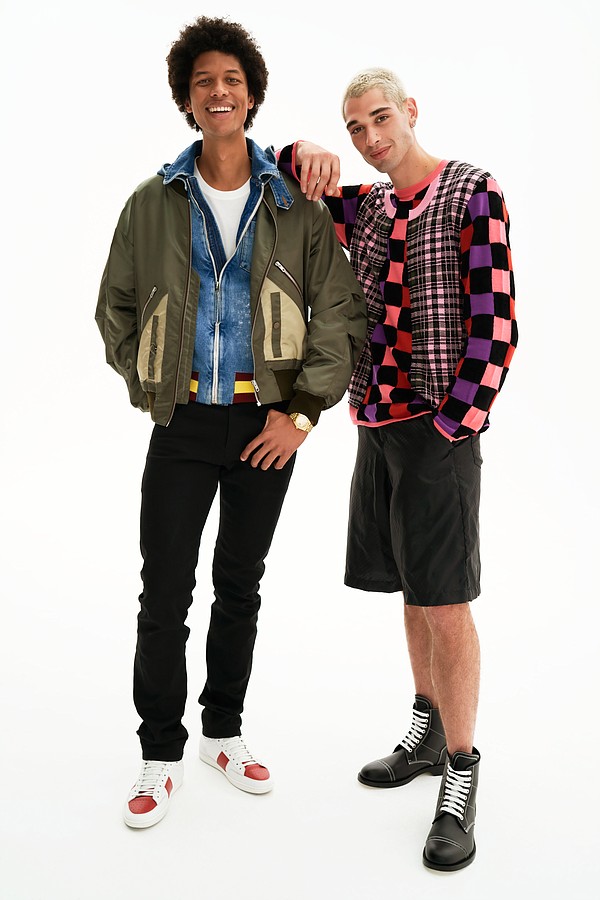 The RealReal recently issued its “2021 Luxury Consignment Report," which outlines the major trends that influenced luxury-resale value in 2020.

As apparel resale continues to gain momentum, San Francisco–headquartered luxury marketplace The RealReal recently issued its 2021 “Luxury Consignment Report.” The first of its kind from The RealReal, the report outlines the major trends that influenced luxury resale value in 2020. In order to identify these trends, the company relied on its real-time pricing algorithm, which is based on up to 50 attributes per item over 16 million items sold. While pieces from the late 1990s and early 2000s are trending now, the reseller’s forecast shows consignors should consider selling Off-White x Nike sneakers, Louis Vuitton mini bags and Jordan x Travis Scott sneakers.

“Meeting shopper demand for elevated essentials—from investment pieces to the new capsule wardrobe to late-’90s to early-’00s vintage—will yield rising returns for sellers,” Rati Levesque, chief operating officer at The RealReal, said in the report. “As we enter a new year, the record number of consignors joining the circular economy are a bright spot paving the way to a more-sustainable fashion future.”

With the average monthly volume of new consignors rising by 28 percent between the first and second halves of 2020, 31 percent fell within the 18-to-34-year-old group, 18 percent were identified as between the ages of 35 and 44 and 22 percent aged 45 to 54. Gen Z and Millennials comprised 35 percent of new consigners with Gen X also supporting the consignment space.

“The pandemic has had a lasting impact on the resale market. Through the challenges of the past year, many used the extra time at home to slow down, tune out the noise of everyday life and reflect on what matters,” Levesque said. “Data and insights from our 20 million members show a mindset shift toward investing in—and living by—what we truly value.”

The top 30 percent of consignors earned an average of $9,000 per year. Aligning with the theory that consignment buyers live her or his values, The RealReal found that 53 percent of consignors invested their earnings in additional shopping opportunities within the marketplace, thereby contributing to fashion circularity. In 2020, consignors saved the equivalent of greenhouse-gas emissions caused by driving nearly 7.5 million miles and 712 million glasses of water.

The legacy of French heritage brands reigned supreme during 2020, with Goyard, Van Cleef & Arpels and Louis Vuitton respectively holding the first-, second- and third-highest resale value spots. The jewelry category saw consumer interest in heritage soar, as Alhambra pieces from Van Cleef & Arpels sold for 86 percent of the original retail price on average, with 90 percent of these styles selling within 30 days. In 2020, the Louis Vuitton Neverfull was the top-selling tote.

“It seems counterintuitive that in a year where people were largely stuck at home, demand for high-value bags skyrocketed. But, aside from being a smart investment, a luxury bag adds polish to any outfit, even the current uniform of laid-back loungewear,” said Sasha Skoda, senior director of merchandising at The RealReal. “Shoppers turned to investment bags to add style to the most basic outings, which drove up value for sellers.”

“In 2020, we saw shoppers upgrading to new essentials for a new decade. A year of embracing loungewear led to rising demand for elevated comfort pieces with polished edges,” explained Mayank Hajela, senior director of merchandising at The RealReal, in the report. “As the line between luxury and streetwear continues to blur, it’s resulting in a new set of wardrobe basics for a new generation—one that’s gender fluid and can easily be dressed up or down.”

As consumers remained home, comfort was king, but there was also a need to find peace of mind through looking good. Average sale prices in year-over-year comparisons for puffer coats from Gucci reached a high of 75 percent, Burberry graphic hoodies increased 38 percent, waist bags from Louis Vuitton gained 27 percent, and luxury sneakers by Dior rose 23 percent.