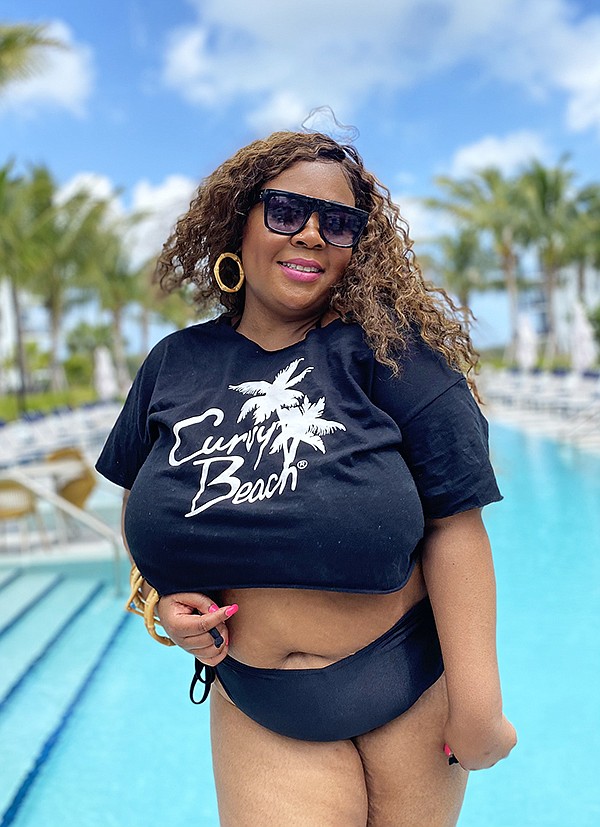 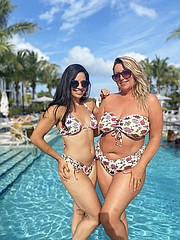 Former actor Elizabeth Taylor had seen enough resistance to sexier bikinis in the expanded-size swimsuit market to know that she wanted to change the narrative surrounding designs for curvier women. After suffering from weight issues and an eating disorder, Taylor gained control of her life while living in New York City when someone suggested she try plus-size modeling 15 years ago. Through opportunities in this field, Taylor was able to gain valuable insight into developing swimwear that suited curvier consumers. She also met a patternmaker who would change her life.

“I would stand in the showroom with the samples they just received from Bondi Beach or Colombia or all over the world, and I would say, ‘Oh I love those,’ and they would say, ‘Those aren’t for you,’” Taylor recalled, mentioning that the plus styles she was given were often boring and conservative “Everyone left the room, and [the patternmaker] said, ‘Hey, if you know what you want, I’ll make you a pattern.’”

With her sketch in hand, Taylor traveled to the patternmaker’s home in New Jersey to create the foundation for a style that would have coverage in the lower-belly area, larger cups and follow a string-bikini design. While the California-born Taylor now resides in Miami, she still relies on a New Jersey factory—recommended by her patternmaker—to manufacture her Curvy Beach brand of swimwear.

“It’s an open-door policy. I can walk in at any time of the day and it looks as calm and peaceful as you would want a factory to be,” Taylor said. “Being in New York, I would be modeling and run over there and check on things before they closed. The convenience was also super important.”

Since launching with 1X–3X sizes and selling out overnight following a viral video, Curvy Beach has evolved into a completely size-inclusive line. Due to the popularity of her brand, Taylor quit modeling in 2019, moved to Miami—three years after launching the label—and focused on Curvy Beach full time. Inspiration stems from her childhood trips to Hawaii, the 1980s-90s Los Angeles scene and the body positivity found in Miami, where women love their small and large curves. This season, patterns chosen by Curvy Beach customers who voted through Facebook include sunflowers, birds of paradise, mint leopard, stars and stripes to celebrate the Fourth of July, a rainbow stripe to commemorate Pride Month, a red-bandanna style, patterns celebrating the 50 U.S. states and a solid-gold design.

While Taylor’s mission was to design for the plus-size consumer, she found that women of all shapes were attracted to Curvy Beach’s fit and styles, leading her to expand her sizing to include S–4X, 0–26 and cup sizes that generally run B–H but could reach up to a J or beyond.

“We allow separates. If you’re a DD, you can get a DD top and a size 6 bottom. I did not know that was not happening [at the time],” she said. “Another wave of these women hadn’t worn a bikini since before having kids. These women aren’t necessarily plus sized—they are the in-betweeners. They maxed out at the size 10s and 12s.”

While selling bathing suits that resonate with curvier women was Taylor’s goal, she is seeing a pleasant surprise from accommodating a smaller consumer, as women of all sizes begin to feel better about their bodies. As women who wear plus sizes reach a point where they can revel in the victories of their fight for representation, Taylor saw an opportunity to reach true body inclusivity with smaller customers.

“Looking at their pictures, I am thinking about how I created these looks for my size 18 girls and my size 20s,” Taylor said. “In a way, I feel the larger women have a lot of confidence with the pop-culture body positivity, but perhaps the women in limbo don’t truly feel included so I have a strong, proud community of the 8s, 10s and 12s. They are like, ‘Thank you! Thank you! Thank you!’”

With accessories—such as ethically made bamboo earrings manufactured in Thailand—sold at $10, swim separates for the direct-to-consumer brand priced from $69, one-pieces from $125 and a new zip-up rash-guard style releasing selling at $149, Curvy Beach is available through curvybeach.com. On July 5, the brand will release new clothing and resortwear. Taylor remains committed to ethical, domestic production and foresees sustainable fabric options in development with a greater focus on UPF to promote protection from the sun.