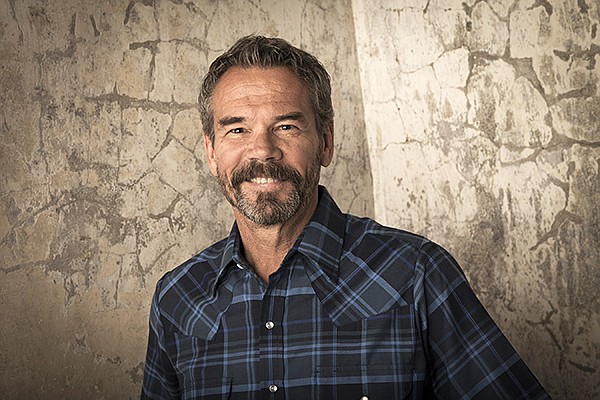 5Loc founder Brent Crossland is committed to eliminating greenwashing as part of his efforts to bring true environmental responsibility to the industry.

Responsible cotton has been Brent Crossland’s passion throughout the industry expert’s nearly 40-year career. After working with a number of companies including Wrangler and Bayer CropScience—where he created the e3 sustainable cotton program that affords guidelines to farmers—Crossland recently founded 5Loc Cotton. The company’s sourcing-as-a-service model introduces manufacturers and brands to farmers who are working toward cultivating more-responsible fibers such as cotton that is non-GMO hybrid, organic, transitional or regenerative.

“There are companies that do pieces and parts, but there never was an entity, a group or person that tried to go in, from field to fabric, and manage every piece of it and be a consultant for it,” the Valencia, Calif.-based Crossland said. “We’re doing something that breaks the mold a little bit, and it makes people uncomfortable. It has to be done. Times are changing. The era of transparency and traceability especially, it’s going to get there—it has to get there.”

The name 5Loc is a play on the locks, or sections of a cotton boll, which typically number four or five. The name also touches upon the five core elements of 5Loc: “transparency, social integrity, economics, environmental responsibility and traceability,” according to Crossland. 5Loc also has an office in Lubbock, Texas, at Texas Tech University within the school’s Innovation Hub at Research Park.

While the sustainable ambitions of many brands are often sought through an approach that relies on aggressive marketing campaigns to relay eco-friendly messaging to consumers, risks of greenwashing remain a problem within the industry. Through an approach that values quality of responsible efforts rather than a robust green marketing campaign, Crossland hopes that steady, authentic efforts will have greater impact.

“It offers flexibility,” Crossland explained. “What I try to do is listen to what the brand’s end game is and what they are really after; then I make suggestions on which cotton initiative would best fit them and also which farmers that are under those initiatives probably best fit what they’re trying to do and vice versa.”

Within its role, 5Loc works with a brand as it begins production and matches it with a farmer who will agree to a required quantity of cotton that meets the customer’s preferred responsible option, adhering to a certain price point. Working with the brand’s existing partners or suggesting new resources, 5Loc outlines the entire supply chain, which includes spinner, mill and clothing manufacturer. To ensure the process meets a client’s desired Sustainable Development Goals—those outlined by the United Nations, which Crossland describes as “the perfect roadmap”—5Loc compiles all SDG data and certifications regarding the cotton’s life cycle through garment production.

“Everyone has to know what the expectation is and, consequently, the needs of each person in that supply chain and put together timelines. That is a big undertaking. That is one of the things that we do that makes it all work,” Crossland said. “We take the initiative to put everybody together at the table and keep track of it, keep everyone on the timeline and the project plan.”

Though Crossland loves his work and can talk about cotton sourcing from the early stages of farming to apparel making, his venerated reputation within the industry speaks volumes regarding his capabilities for connecting different players along the supply chain.

Alberto Candiani, a fourth-generation member of one of the industry’s foremost denim families, is one of the most-respected individuals in the industry. As the president and owner of the 83-year-old Candiani Denim, Candiani has worked with Crossland and is familiar with his cotton expertise. Reflecting on Crossland’s impact on the industry, Candiani recognizes opportunities for those on the fashion side to learn more about cotton sourcing as he says many are unfamiliar with the process. This sharing of knowledge is integral to combating greenwashing.

“There is so much speculation and greenwashing happening—we need to adjust this at the very source, and 5Loc can provide that adjustment,” Candiani said. “In the era of transparency and traceability, how to collect and share data and how to provide certain information can be 5Loc’s major strength.”

In addition to facilitating a sourcing education for the fashion set, Candiani notes that, through 5Loc, Crossland is making agricultural education more alluring for those who are not familiar with the beginnings of cotton’s life cycle.

“Data and science can get terribly boring, and this is where storytelling can play a cool factor,” Candiani said. “The fashion people would love to hear more about farmers, their stories and best practices. Farmers will benefit on the other end.”

Enjoying relationships with Supima, BCI, e3 and the U.S. Cotton Trust Protocol, Crossland is able to accommodate the array of responsible-cotton sourcing goals of many different clients. Through his tailored approach to transparent supply-chain management, Crossland is looking forward to the day when this type of detailed traceability is the standard.

“The whole supply chain—traceability, transparency, the social aspect, the biodiversity; this is hitting everyone at a very fast pace. It’s creating a lot of opportunity but also huge challenges,” Crossland said. “I don’t want it to be a niche anymore. I want it to be the way we do business. In a way, it would almost be like in five years there wouldn’t be the same needs as there are now for the program.”