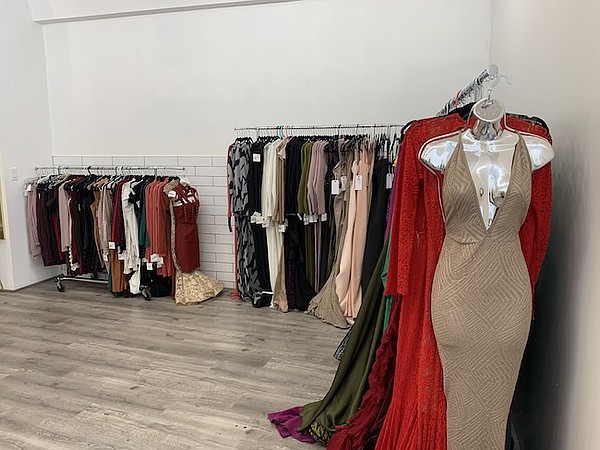 He ran a self-named Michael Costello boutique at 901 S. Main St. from 2017-2020. On March 4, Costello opened a pop-up shop in a street level space at 107 E. 9th St. in downtown Los Angeles. For about a year, a barbershop occupied the 1,200-square-foot space, Costello rents the building's upstairs area for his atelier.

The Michael Costello pop-up shop will be open for business during weekends. It’s a physical store, but Costello produced the pop-up with an eye toward the digital sphere.

“I opened the pop-up shop so we can post photos of women shopping on Instagram. It brings back a pre-pandemic vibe. It gives women the chance to feel excited about shopping. We lost the feeling of going to a store, falling in love with fashion and impulse buying,” he said.

Retail price points range from $25 to $400 for Michael Costello samples that were sourced from his brand's ready-to-wear collections that were released during past seasons, and even pieces worn by celebrities, Costello said. Proceeds from the pop-up shop's business will benefit breast-cancer research groups. The store also is running a drive to collect men’s, women’s, and children’s clothing for downtown Los Angeles homeless shelters. For more information on the pop-up shop and its philanthropy, visit the designer’s Instagram profile, @michaelcostello.

Costello forecast that he will produce the pop-up shop for six months. If he deems it a success, he’ll consider turning it into a permanent shop.