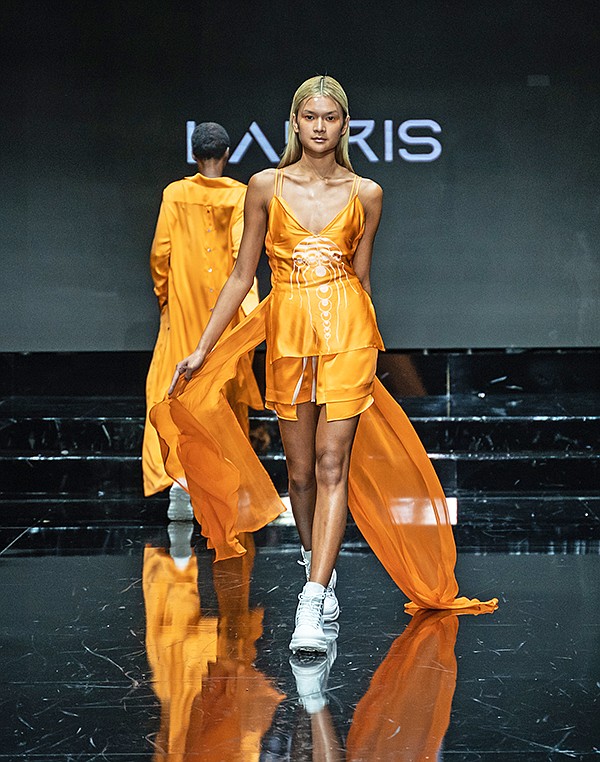 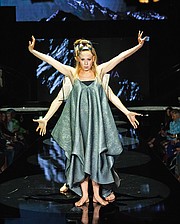 Downtown Los Angeles was the setting for the Kornit Fashion Week LA + 4.0 Industry Event held Nov. 2–5 by Kornit Digital that featured runway shows—both in-person and virtual—and panel discussions. Each day was finished with a tour of the company’s newest production facility, Denim FWD.

The event began at the Exchange, where fashion shows were hosted for the on-site audiences and virtual viewers, who were able to see designs by artists including Marina Leight, Onalaja, Toit Volant, O.Low by Orit Lowinger and Kentaro Kameyama, the season 16 winner of “Project Runway.” Also making its debut during the show were the new Naot Footwear sandals made with sustainable and eco-friendly materials in collaboration with Nova Milan, a green technology company that uses agricultural waste such as pineapple leaves and banana peels to create an innovative plant-based leather.

Down the street, in the Alexandria Ballroom at the Alexandria Hotel, attendees were able to listen to leaders in the fashion industry speak on a variety of topics. Keynote speakers included Carlos Arias of Denim FWD, Marci Zarrof of ECOfashion Corp, Chris Blakeslee from BELLA+CANVAS and Marta Miller from Lefty Productions.

Following the panel discussions, Kornit offered transportation to visit its newest production facility, Denim FWD, where tours of the facility were given along with demonstrations of the latest Kornit products, including the debut of the Kornit Presto MAX, the newest offering from the technology company and the first digital-printing system that allows white to be printed on dark-colored fabrics.

The MAX technology was previously introduced with the Kornit Atlas MAX system, which was shown during the demonstration printing 3D designs on shirts using XDi technology. The Atlas MAX system can use any image and turn it into a 3D print. In addition to the Kornit products, a demonstration of the GERBERcutter Z1 by Gerber Technology showcased the latest technology in computer-controlled automated cutting. The facility also works on other aspects in the denim-finishing process, including washing and using layers to print designs directly on denim.