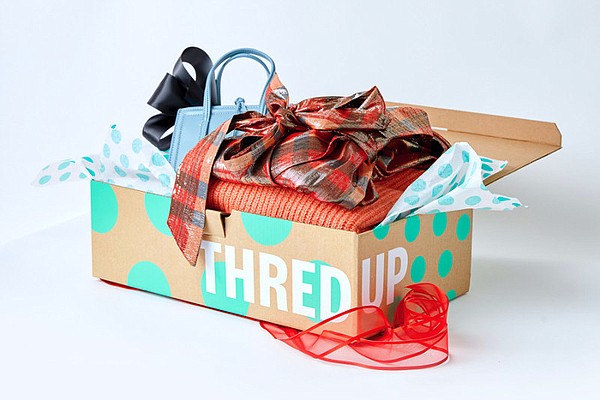 thredUP has released its "Thrift for the Holidays" report that provides insight into secondhand and thrift shopping. The report shows thrift shopping for gifts and receiving thrifted gifts is becoming more socially acceptable. Photo: thredUP

thredUP, one of the largest online-resale platforms, has released a “Thrift for the Holidays” report that shows more consumers are turning to thrift options for their holiday shopping.

The new report is based on a survey of 2,000 consumers within the United States and helps confirm that the stigma around thrift shopping is disappearing. Due to inflation and the current supply-chain issues, secondhand and thrifted items are viable options for gift giving.

Notable findings from the report include that 52 percent of consumers are concerned more-popular gifts will be more expensive this year, and a third of those surveyed believe inventory will make it difficult to find certain gifts this year. As a result of supply-chain issues, 53 percent of consumers have made plans to adjust their holiday-shopping plans to account for shipping delays, which resulted in nearly half—49 percent—of consumers saying they are considering alternatives like thrifting.

The thredUP report also highlights the environmental impact thrifting and secondhand gifting can have on the planet. It found that one in three consumers don’t plan on rewearing their holiday outfits when the holiday season is over, and 52 percent of Gen Z shoppers plan to buy an item to wear three or fewer times during the holiday season. The report states that if everyone bought one used item this year 4.5 billion pounds of carbon emissions would be saved. The thredUP data also revealed the top thrifted items on wish lists include Converse sneakers, Lululemon track jackets, Torrid jeans, Ugg boots, Reformation dresses, Patagonia fleece, Frye boots, Coach wristlets, Vince sweaters and Kate Spade bags.