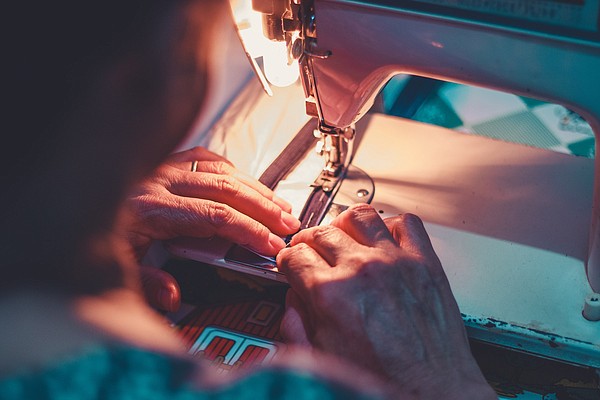 Senate Bill 62, known as the Garment Worker Protection Act and signed on Sept. 27, abolishes piece-rate payment in the state by which workers were paid according to how many pieces they could complete in a certain amount of time. Critics of the piece-rate system say it creates an unsafe work environment as workers must produce at faster speeds to make more money, which could still result in less than minimum wage.

“California is holding corporations accountable and recognizing the dignity and humanity of our workers, who have helped build the fifth-largest economy in the world,” Governor Newsom said. “These measures protect marginalized, low-wage workers, many of whom are women of color and immigrants, ensuring they are paid what they are due and improving workplace conditions. We are committed to having their backs as we work to build a stronger, more-inclusive economy.”

Another component of the new law makes fashion companies liable for any unpaid wages at their factories even though most brands rely on subcontracting and have several layers between themselves and the employers overseeing factory workers. Many in the fashion industry opposed the bill before it became law, saying it was hurtful for fashion businesses and the state as manufacturers would rather move out of California than pay back wages for subcontractors.

In July, Nate Herman, American Apparel and Footwear Association senior vice president of policy, noted that the legislation would drive apparel-making businesses out of California.

“Although well-intentioned, the bill, as currently written, would impose unprecedented joint liability on businesses with no control over garment workers. If this provision becomes law, it would drive garment manufacturing out of California and lead to the loss of jobs in California’s garment-manufacturing sector. This is because companies doing the right thing, paying prices that ensure decent wages for workers, will be held liable for companies that intentionally try to do the wrong thing,” Herman said at the time.

A similar bill went through the California state legislature during the last legislative session but ran out of time in September 2020, when the deadline to vote on new bills had passed. SB 62 will go into effect January 1, 2022.