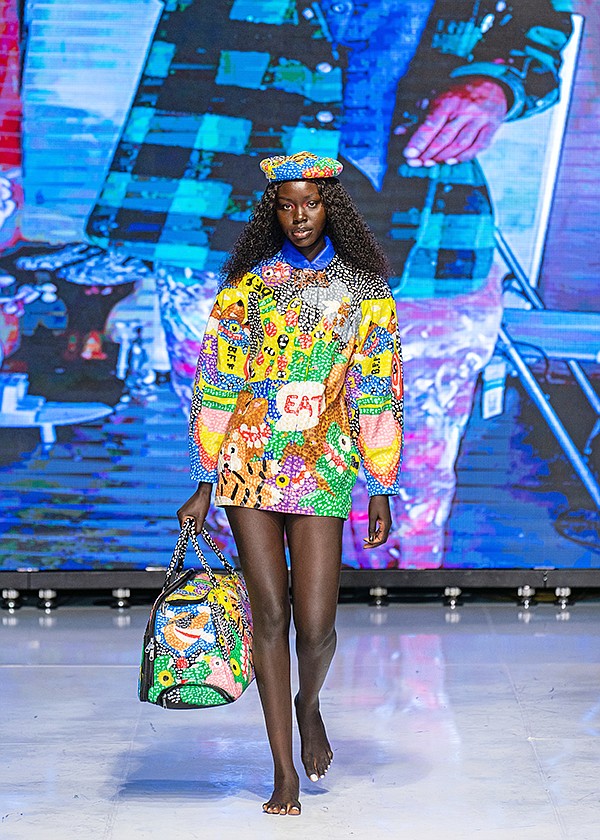 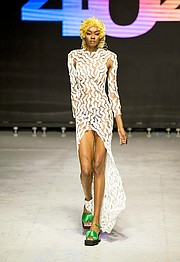 On the runway from around the globe wereSpain’s 404 Studio; Baltimore’s Bishme Cromartie; Fabiana Milazzo of Italy; Frisk Me Good by Cierra Boyd of Cleveland, Ohio; Gypsy Sport of New York; Thailand’s Issue; Laura Theiss of the United Kingdom and Germany; Luooif Studio of London; Mc2 Manufacturing by Ronaldo Arnoldo of Manila, Philippines; Renim Project of Thailand; and the United Kingdom’s Superdry.

Closing the event on the evening of Oct. 10, Los Angeles designer Nicholas Mayfield presented his signature colorful, hand-painted designs with a collaboration featuring other California creatives. Partnering with Jamani Clothing Co.’s Subira James Kiuruwi and Yarn Movement’s Shantelle Brumfield, some of Mayfield’s pieces featured the designer’s animation on the Los Angeles-based Kiuruwi’s blanks and others on the Vallejo, Calif., Brumfield’s handmade pieces.

Upon returning to the fashion scene this season, Mayfield was grateful to those who bring the cool factor to his designs such as the diverse cast of models that represented real people on the LAFW runway during his show.

“Cool is loving yourself and being yourself. This isn’t a collection or a brand that is for the dilution of soul. Cool is you and I thank you. Cool is who you are and it has nothing to do with clothing,” Mayfield said. “Cool starts from you. We forgot about that.”