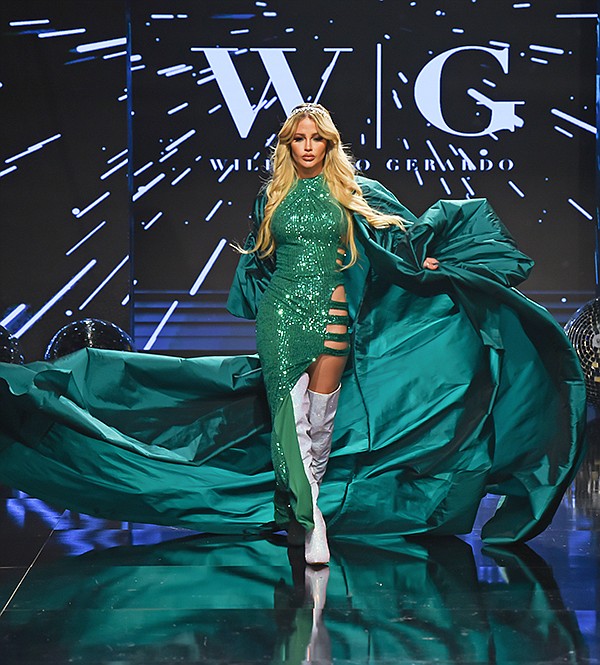 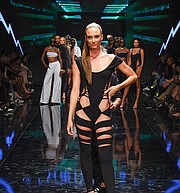 With its run Oct. 14–17, the Los Angeles fashion event Art Hearts Fashion unveiled its roster of designers, who presented Spring 2022. During the city’s fashion week, Art Hearts Fashion followed its beloved formula of blending global designer fashion with other artists who work with different media. Held at The Majestic Downtown, whose history dates back to 1924, the Los Angeles space afforded 30,000 square feet, 30-foot-tall ceilings, arched windows, and marble in sculpted columns and original floors.

“After a year of virtual shows, this season was especially meaningful,” said Art Hearts Fashion President Erik Rosete. “As the longest-running Los Angeles Fashion Week production, we wanted to make our return to in-person events a truly memorable experience for guests and designers. We are beyond excited to have brought the runways back to life.”

Stein’s work remained loyal to the designer’s ability to blend sultry elements with traditional formal features, as with a floor-length skirted gown in iridescent silver with one Grecian shoulder, while the other half featured a peek-a-boo of a black sweetheart neckline and thinly twisted straps.

Castell’s pieces stood out in striking bright red, as the finale piece included a tea-length gown, contrasted with a long cathedral train in the same ruffled design as the entire skirt’s layers of red tulle, topped with a collared sleeveless silk in the same scarlet hue and embellished with delicately placed lacy beadwork and plunging neckline.

Taking notes from 1970s disco, Gerardo channeled festive dressing in shiny sequins, smooth satin and layers of pearls. Returning to a party atmosphere on the runway, Gerardo encouraged the audience to feel happy and celebratory again.

At the core of Art Hearts Fashion is the production’s commitment to highlighting not only fashion but also its artistic partners. Showcased in the reception space were artists including Juicy Queen Coco with “Gold Heart Dreams” and “Rainbow Booty” and untitled pieces by 6oldie The Artist.

A previous version of this story noted that a presentation by Adolfo Sanchez took place, but the artist was unable to showcase the work.