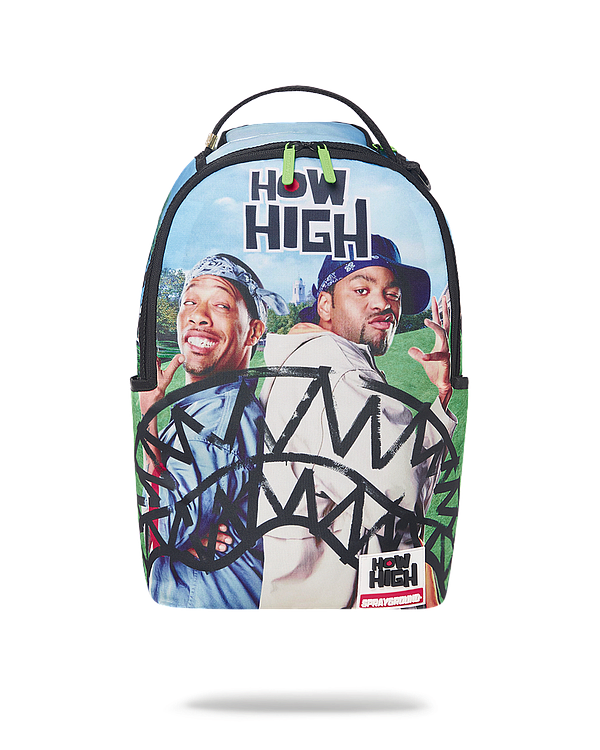 Celebrating the 20th anniversary of the film 'How High," starring Method Man and Redman, Sprayground recently released a new backpack that features imagery from the film's promotional poster. Image: Sprayground

Known for its celebration of popular culture, Sprayground recently released a new backpack that observes the 20th anniversary of the cult-classic film "How High," starring Method Man and Redman. Collaborating with Universal Pictures, Sprayground applied the graphics from the film's promotional poster onto a backpack.

The design features a colorful image with Redman and Method Man posing for the iconic picture. Sprayground's popular shark-bite graphic is also included on the bag. While the piece celebrates the culture from the early 2000s, the bag's features were designed for the modern-day user. These elements include partitions for USB sticks, a laptop and other accessories that can be securely stored in zipped compartments. The Sprayground design also features a secret pocket to keep valuables secure and hidden.

Available this month at boutiques throughout the United States and on sprayground.com, the backpack retails for $65.