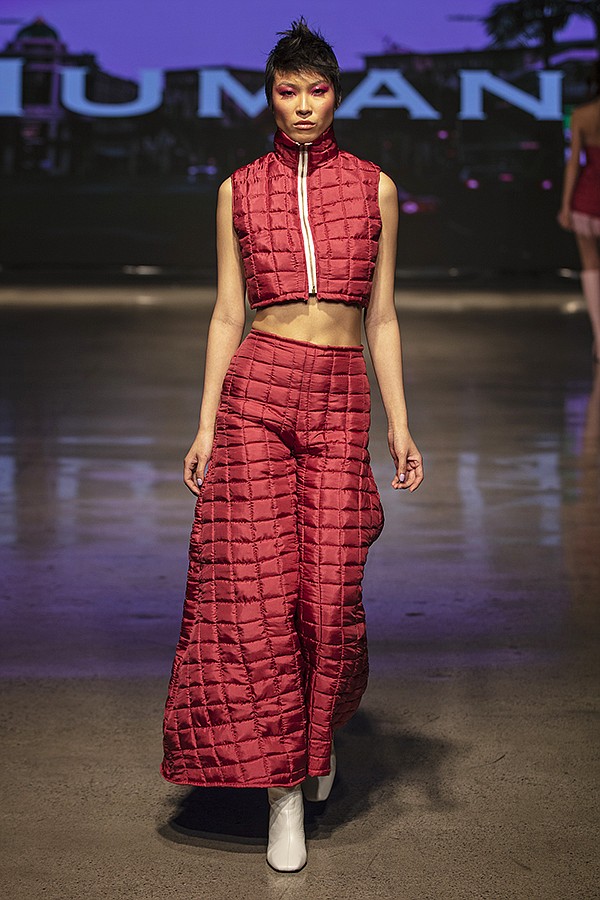 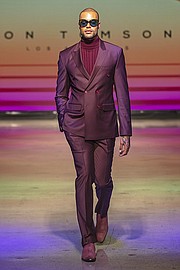 Making its return to the Petersen Automotive Museum in the mid-city area of Los Angeles March 31–April 2, Los Angeles Fashion Week presentednew levels of innovation from around the world, with five California designers showcasing their collections on the runway.

The second night of the show redefined contemporary, opening with the Andrew James collection tapping into the essence of uncertainty as models emerged from the shadows to express boundless levels of creativity in the collection’s fabrications.

Puey Quinones created a velvety experience when female models embodying the Victorian era with its silhouettes and colorways evolved into a picturesque version of the modern woman.

The Saturday runway shows were dedicated to streetwear, with the Los Angeles–based Humans brand bringing a new take on puffer jackets and vests to the runway as well as new interpretations of pants, gowns and skirts.

Bless Mazarura, designer of Bless by Bless, said LAFW was like a coming-out party as it was the first runway show for the brand on a major platform. “We’ve received a lot of feedback so far. For the most part, I think a lot of people resonated with the spiritual aspect of the brand and the messages of unity, self-empowerment and honoring your heritage,” Mazarura said.

The show closed on Saturday night with a surprise guest appearance by Justin Mensinger, winner of the first season of HBO Max’s “The Hype,” a reality show designed to showcase and highlight upcoming designers in the streetwear space.