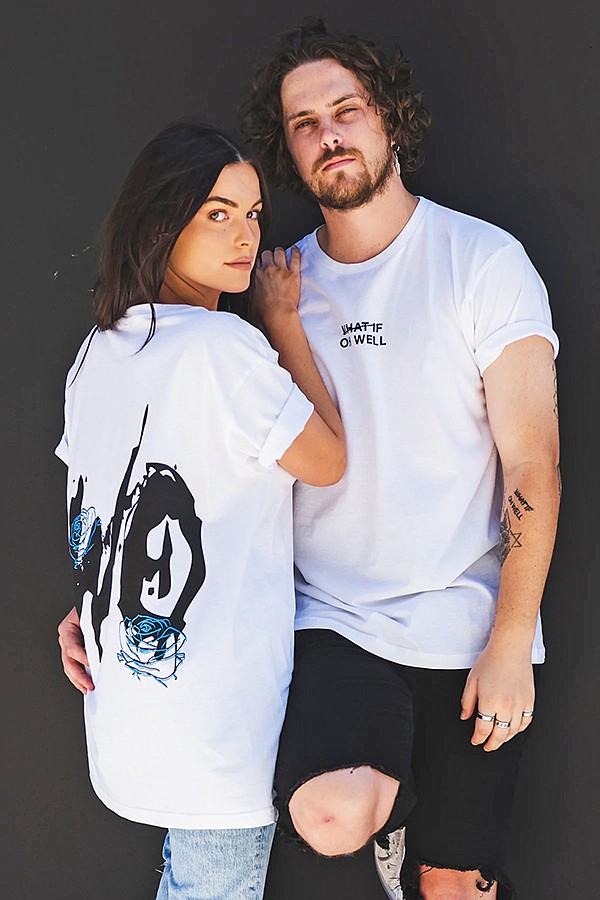 Jarrad and Jessica La Barrie worked to create a clothing line that their brother Corey and his followers would be proud of and would inspire others to live their dreams. | Photo courtesy of WIOW

Everything that’s ever been created first existed as an idea. If it failed to materialize, or didn’t go as planned, then determined people simply shrug their shoulders and move on to implement the next idea.

This is the concept behind a new apparel line with the intriguing name What If Oh Well, launched by siblings Jarrad and Jessica La Barrie in tribute to their late brother Corey, who became a star on YouTube. The prelaunch of the brand’s limited stock of tees and sweatshirts sold out in three weeks but will be fully available by the end of the year.

“Corey knew there were no do-overs and that it is up to you to really go after your dreams. He didn’t see life with any failure, just a story of oh wells,” said Jarrad in an announcement of the collection. “Two years after his death, people are still reaching out to us saying how he inspired them. They’re even getting What If Oh Well tattoos. That’s what inspired this brand. We hope, with this line, to spread Corey’s message and continue his legacy.”

Corey La Barrie was an inspiration to many worldwide not only through his YouTube channel but also the social-media hashtag #whatifohwell. There are stories of him helping others out of dark places in their lives with his positive attitude of living life to the fullest, said his siblings.

Jarrad and Jessica worked to create a clothing line that Corey and his followers would be proud of and would inspire others to live their dreams. What If Oh Well aims to make people feel loved and to spread positivity to those who need it most, entreating people to live their best life and feel good wearing the brand, they added.

In addition to the What If Oh Well Rose collection created by the brother and sister duo, whatifohwell.com features the UndeR Appreciated line, which is a brand originally created and launched by Corey. Part of the proceeds will be used to benefit the Corey La Barrie Foundation, which works with related brand charities.