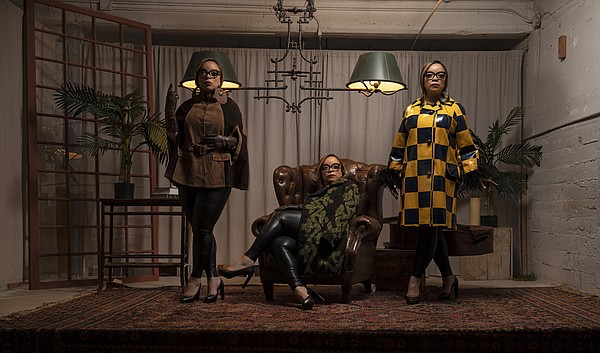 The vintage and secondhand marketplace Thrilling announced its launch of Vintage Studio Services on Jan. 13 as the company welcomed Academy Award–winning costume designer Ruth E. Carter as its first brand ambassador. The Vintage Studio Services program was designed to help stylists, costume designers and production companies source preloved goods for editorial, television and film projects. Through its Vintage Studio Services, Thrilling is affording access to styles from nearly 1,000 shops located within the United States, providing a more-sustainable approach to an industry that the company says spends nearly $1 billion annually on new clothing.

“We launched Thrilling’s Vintage Studio Services program because, as a former media executive, I know how hard stylists and costume designers work to find the right clothing to tell a compelling story,” said Thrilling co-founder Shilla Kim-Parker. “I also know that productions can save time, money, energy and the environment by committing to sourcing vintage first for their costume needs. We couldn’t be more excited to partner with Ruth E. Carter. Her professional legacy, creativity and foresight as well as her commitment to inclusion in entertainment is truly unmatched. We hope more stakeholders join us in helping make their productions more sustainable and supporting the small independent shops that are the heart of our company.”

With Los Angeles–based Carter as its first brand ambassador, New York–headquartered Thrilling has aligned its messaging with a veteran costume designer whose nearly 40-year career has included working with Spike Lee, Steven Spielberg and the late John Singleton. Throughout her career, Carter has created costuming for different eras, including the Afro-futuristic setting that was portrayed in “Black Panther,” for which she won a Best Costume Design Oscar in 2019.

“It’s thrilling!” said Carter. “I really want to know where this has been all my life. Seriously. I can’t tell you how many small vintage shops and back storerooms I have rummaged through. This idea not only brings the product to you, it cuts out all the sneezing! Genius, Thrilling. Happy to support small business, women in business and inclusion!”

The Ruth E. Carter x Thrilling collection, featuring pieces inspired by the designer’s work on “Amistad,” “Black Panther,” “Malcolm X” and “Selma” among others can be viewed online at shopthrilling.com/collections/thrilling-x-ruth-e-carter. Thrilling’s Vintage Studio Services program can be accessed at shopthrilling.com/pages/studio-services.