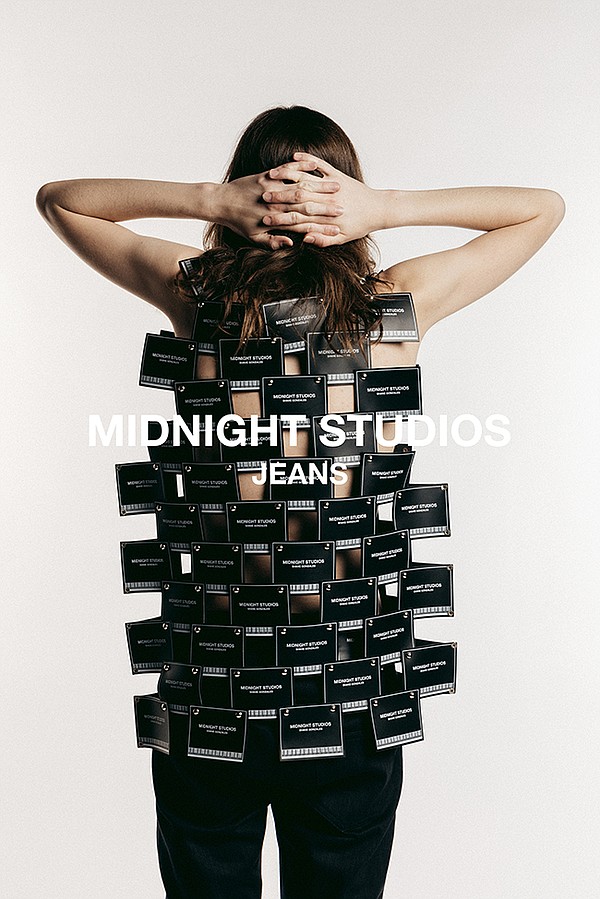 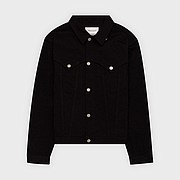 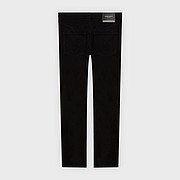 Midnight Studios has announced its first foray into sustainably made denim, Midnight Studios Jeans, a new collection featuring a matching jean and denim jacket revealed at its runway show’s Spring/Summer ’22 collection, Welcome to the Machine. It served as something of a re-launch point for the label originally founded in 2014 by Shane Gonzales.

“Denim is something that has been seen as a staple to the fashion industry for decades. We have done denim in the past, but when reapproaching it for the new Midnight Studios Jeans permanent program we wanted to make sure it was unique and bold while still sustainable and mindful of the environment,” Gonzales said. “When working on this first denim collection, it was important to start with the basics and more-traditional washes while still implicating a Midnight Studios touch on them. Safety-pin zippers, Western-cut yolks, buttoned plackets at the ankle, hidden pockets, all went into this ’traditional’ pair of jeans, but giving them a Midnight Studios twist.”

The collection is available in black, natural and raw indigo colorways and features the details for which Midnight Studios is known. The Hollywood Jean features a slim-fit, tapered mid-rise in a Western styling with a button fly and four-button closure on the front center panel. The Hollywood Denim Jacket features button-cuff closures and a spread collar with the brand’s signature flag label on it. Gonzales aimed to combine traditional denim pieces with the Midnight Studios flair to create a base for Midnight Studios Jeans to build upon. 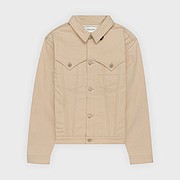 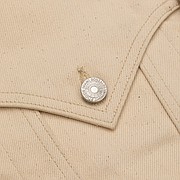 Midnight Studios worked with Saitex in Los Angeles to produce the collection, ensuring it was made with the environment in mind and used a sustainable production process.

“After touring the Saitex facility just one time, it was very clear they were the right partner for us. Their commitments to using 98 percent recycled water, clean and renewable energy, as well as extracting all leftover waste and sludge and turning it into everyday household items—even bricks—to build homes really made the decision a no-brainer,” Gonzales said. “In today’s society, with the rapid growth of the fashion industry and high demands for garment production, it’s important to us to help where we can. Denim is one of the largest businesses within the fashion industry and one of the most harmful to the environment, so I think it is very important to take that into consideration and really aim to reduce waste when possible.”

Saitex is a B Corp–certified company, meeting the highest standards for social and environmental standards. The Vietnam-headquartered Saitex opened its Los Angeles facility, Saitex USA, in 2021. The technologies implemented and the use of Saitex’s Speed to Market system afford a conscientious approach to inventory management and made-to-order capabilities.

According to Sanjeev Bahl, CEO and founder of Saitex, “there is an appetite for just-in-time delivery. There is a market that can support this venture. It’s not like we’re trying to create a new avenue for consumer behavior. That behavior exists. People prefer eating organic and local food. The localized movement is here to stay. The government also is behind it. If you tried to do this 10 years ago it might have been more difficult. Today, the scenario is different, the landscape is different, and the opportunity center is different.”