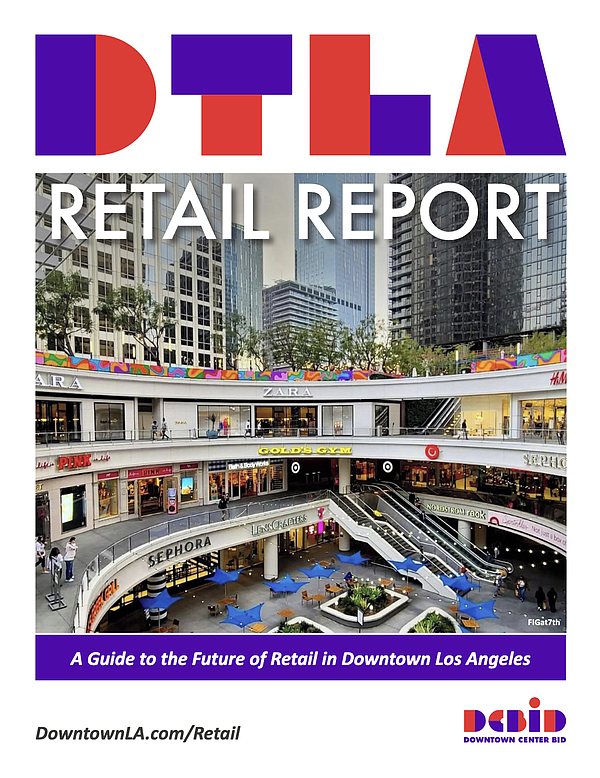 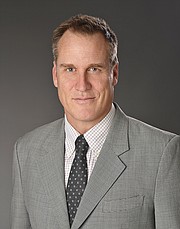 Beyond the numbers, however, lie the dynamic reasons behind the district’s vibrancy and tenacity, which are detailed in the 2022 Retail Market Report recently released by the Downtown Center Business Improvement District and come down to density, diversity and creativity.

California Apparel News asked executive director of the DCBID Nick Griffin to break it all down and refresh our understanding and appreciation for this slice of Los Angeles the fashion industry calls home.

CAN: Let’s start by reminding readers of the DCBID’s function and how it relates to local government.

Nick Griffin: We’re a private, nonprofit entity created by the property stakeholders, which covers everything from an individual condo owner to a multinational property-development company that owns skyscrapers. Every one of them pays an assessment on their taxes that funds the operation. Two-thirds of our budget goes to security and maintenance—keeping the streets safe and clean—but we also do marketing, economic development and community engagement. It is not a public city agency, although it is chartered by the city, which approved of its creation, and the billing comes from the city down to us.

CAN: What were your key findings on the current state of retail downtown?

NG: Retail has been in a state of evolution for years before the pandemic with the rise of e-commerce and shifting industry trends. Top of our findings is that bricks-and-mortar retail is generally trending in directions having more to do with experiential objectives and with branding as opposed to being straight sales.

We wanted to look at the ways in which those overarching trends dovetail with what downtown has to offer and what we’re seeing in some of the more-high-profile retail down here, such as the Apple Tower store, Nike’s Jumpman, the Dover Street Market and Row DTLA. Each seems to be aiming at being a truly unique experience that you’re not going to get by ordering something online. It’s also a way to communicate with customers in a rich sort of way. The Apple Tower is a perfect example of being much more than a store but a real hub for the creative community, with slews of workshops and presentations. I think we’re seeing a lot of this as a reaction to the rise of e-commerce, yet also a complement to it, and also what the opportunities are for retail in a dense, diverse and creative urban center versus your average mall.

CAN: Let’s go into each of these key bullet points in the report.

NG: Density is particularly the case in Los Angeles, where you have a region that is relatively suburban but with a center that is a world-class big city; it really differentiates us from the rest of the region. In terms of diversity, the market here is super compelling because you have consumer segments across the board from which a wide range of businesses can target their audiences. As for creativity, although it’s more intangible, I also think it’s the most important ingredient. There is an energy to the creative community in downtown L.A. that is truly unique from an influencer and trend-leading perspective.

CAN: “Downtown” is a broad term that encompasses everything from the upscale to Skid Row. Has there been any talk of separating and rebranding the district to avert the homeless problem?

NG: We do continue to use “DTLA” as a brand identifier, but that goes back a ways and is not specific to issues on the street. Homelessness is what it is; it’s a national issue that’s significant, challenging, complex, with myriad causes and potential solutions. Because of our density and centrality, we have a more intense concentration of the issue, but we’re also building more housing than anyone else in the state by far. And videos that go viral are certainly not indicative of downtown as a whole.

CAN: What about the fashion industry specifically?

NG: What downtown has to offer goes back to the ferment, energy and dynamism that come from the diversity of types of people here. What we hear most from fashion tenants, retail or industry, is similar to what we hear from people in tech, architecture or design, which is that the appeal of downtown is being in the midst of a highly creative and dynamic environment, where the people in those industries are rubbing shoulders and cross-pollinating, and you’re getting the stimulation and inspiration that folks in those kinds of industries thrive on.