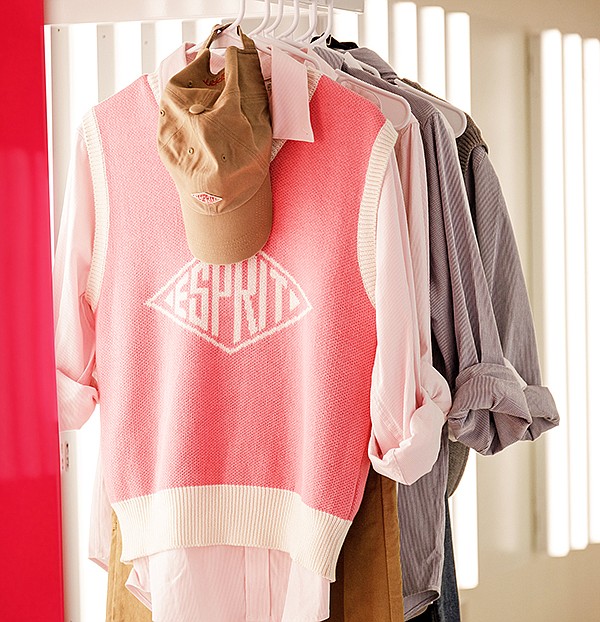 Esprit was the world’s first lifestyle brand inspired by the human spirit with a California twist. | Photo courtesy of Esprit

Esprit Brings Its Positivity Back to Bricks-and-Mortar

Esprit’s origin is as Californian as the sunny sky. And now it is recementing its California cred with a new pop-up shop at 156 S. Robertson Blvd. near Third Street in Los Angeles. The opening marks the first physical U.S. retail store for Esprit since 2012 and coincides with a relaunch of the brand’s e-commerce site.

The pop-up carries Esprit’s current collection as well as special capsule collections that will launch throughout the fall, drawing on the brand’s philosophy of positivity and including styles inspired by archival 1980s pieces given modern, sleek updates.

Managed by Retail for the People and designed by the Eyesight Group, the 2,500-square-foot space is an homage to the creativity and togetherness Esprit stands for. Drawing on the brand’s California heritage, design elements evoke the colors, sounds and smells of the West Coast. Bone-white walls direct attention to the space’s focal point—six galvanized metal structures spelling out the iconic neon Esprit logo, which serve as shelves and clothing racks arranged throughout the length of the store. Large, mirrored monoliths wrapped in neon-colored paper reflect colors from repetitive lights punctuated in the walls. Natural elements within the space, including moss surrounding the base of the logo structures, represent Esprit’s commitment to the planet.

Founded in California in 1968 by Doug Tompkins and Susie Buell, Esprit was the world’s first lifestyle brand inspired by the human spirit with a California twist: positive, upbeat and easygoing, embracing a larger-than-life attitude that is both experimental and pioneering, with a youthful state-of-mind fueled by creativity and a love of design. The first authentic brand of its kind, Esprit was also known for its revolutionary shopping experience, embodying its vibrant spirit in every way and in every detail.