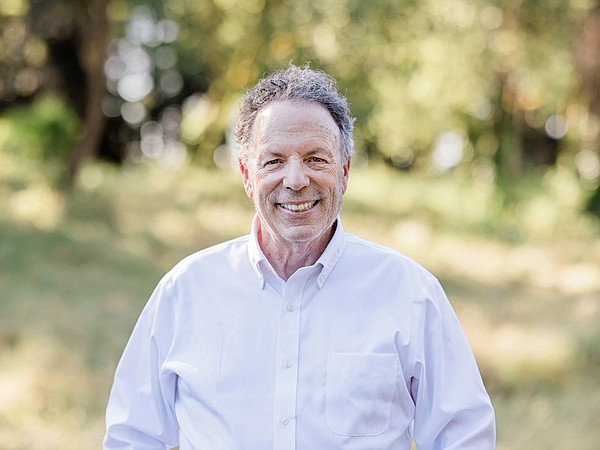 Robert Krieger is a logistics veteran who captains his family business, Krieger Worldwide, founded in 1965. But what surprised even him since the start of the pandemic was not only the fragility of the global supply chain but also its ability to break down in many ways and at different times—kind of like a domino effect except the dominoes don’t fall in order.

California Apparel News caught up with Krieger to find out the bright spots and possible disruptions as 2022 draws to a close.

CAN: A recent news item showed that logistics is emerging as a growing field of study, even at small liberal-arts schools. What do you make of that?

RK: Many years ago I taught at UCLA and Cal State Long Beach, which was one of the pioneers in global logistics programs. I’m very pleased to hear it as we’re kind of behind the rest of the world in that area.

CAN: Why do you suppose that is?

RK: We’re a big country, and until recently a lot of our trade was with Canada and Mexico, whereas in Europe, for example, everything was cross-border until that was eliminated with the European Union. So they were very attuned to teaching global logistics and all the terminology and are far advanced at least at the education level. In China, logistics grew so fast in the last 20 years that now it’s very advanced and in many ways more than we are.

CAN: Are there countries that are better to work with than others?

RK: In the past 10 years China, Taiwan, Hong Kong and Korea have been great to work with. They know what Americans are looking for as far as information and customer service. Other places, such as South Africa and parts of India, the communication is not as good. We’ve worked hard to get good partners in all these places where we do business.

CAN: Summarize the pandemic era from your point of view. What have we learned from it?

RK: The first thing is that we took the supply chain for granted. Like air travel, it was generally on time. The pandemic exposed that it can only stretch so far, and when it broke it broke in many different ways. It started with delayed sailings, and then all of a sudden in the blink of an eye the opposite took place—too much cargo in many places with not enough ships, containers, port workers and truckers. Gridlock started setting in at the terminals.

CAN: In hindsight, were reasonable precautions taken in the wake of uncertainty, or did irrationality rule?

RK: There was a lot of both.

CAN: Where are we right now with the port situation?

RK: Los Angeles and Long Beach seem to be working pretty well right now because there’s not that much cargo coming in. On the other hand, the Port of Oakland has had a lot of problems over the last year and a half, including a walkout just recently, which caused a shutdown of some major terminals. For the most part, it’s not been a good place to import your container to.

CAN: What are your predictions for the supply chain as we close out the year and head into 2023?

RK: It’s very tough to predict the future, but there has been a lessening in shipments from most origins. Historically this is peak season, but it hasn’t been. Domestically, the International Longshoreman’s and Warehouse Union remains open with the PMA, and that’s going to enter into things in the next couple of weeks. So there could be congestion, or a lack thereof. The other part of the picture is other union contracts coming up that could have a greatly beneficial or greatly adverse effect here in L.A. and Long Beach.

There are two potential major disruptions we can see: The ILWU, which has exclusive contracts to unload every single container in every single West Coast port. The other is a potential rail strike. I urge everybody to look internally in their company at what’s going on and talk to their service providers about any options for keeping their supply chain running.

CAN: When clients ask about environmental impact, what do you tell them?

RK: Carriers burn diesel, but some have green initiatives and are looking at alternative fuels. It takes three to five years, however, for ships to be built and go into service, and whether they’ll even be viable or not I’m not certain.

CAN: Summing up the past two-and-a-half years, how has your business changed as far as addressing customer needs?

RK: Well, this is a good question. We’ve grown a lot in the last couple of years by being nimble and innovative and at the same time helping our clients be resilient. We were approached by a couple Fortune 500 companies to handle parts of their supply chain with basically no notice, and we actually did a lot for them. Customized solutions is the mantra of our organization.