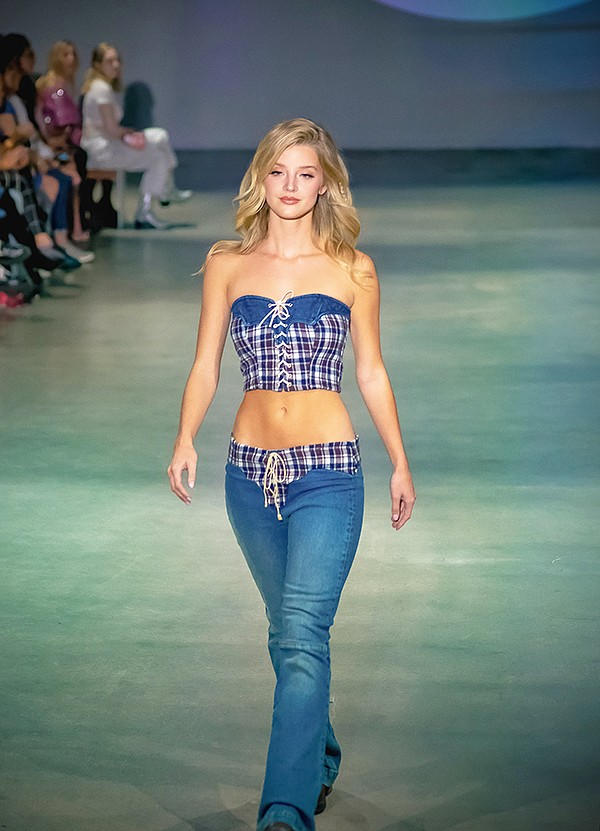 THE MAFI GOES TO…

Hundreds of L.A.’s hottest and coolest fashionistas flocked to Hollywood for an evening of style Oct. 8, where emerging designers, influencers, media and industry elite gathered at The Lighthouse ArtSpace for the Moss Adams Fashion Innovator award.

The stage was set for the MAFI-award presentation to the California brand that over the last year significantly impacted the national marketplace. Seen as a leader in creativity and innovation Moss Adams presented the 2022 award to Revice Denim.

Shai Sundry, creative director, had this to say: “Getting the MAFI was an honor as Moss Adams is such a believer in and contributor to the apparel industry in Los Angeles. It’s a privilege to be recognized by such an influential company with such an important award.”

Sundry created his company to be a positive alternative to fast fashion by reinstating transparency into the apparel industry. Its DTC business model is focused on using dead stock or repurposed denim materials and also eliminating overconsumption by crafting made-to-order products for consumers. These small runs give customers a chance to own limited-edition denim pieces designed and made in Los Angeles. 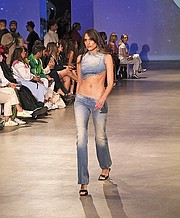 Revice Denim’s marketing revolves around product placement, seen on celebrities including Kendall Jenner and Miley Cyrus—not because they are paid to wear them but because they love them.

The vibe of the show expressed the brand’s aesthetic, recreating vintage denim silhouettes to bring them into today. The funkiness was fresh as each capsule group incorporated retro elements such as creative patchwork, tie-dye and cutoff, frayed edges. Silhouettes including bell-bottoms, super-low rises and jumpsuits were made sexy and modern. The brand DNA, “Created by denim lovers for denim lovers,” resonated with the crowd.