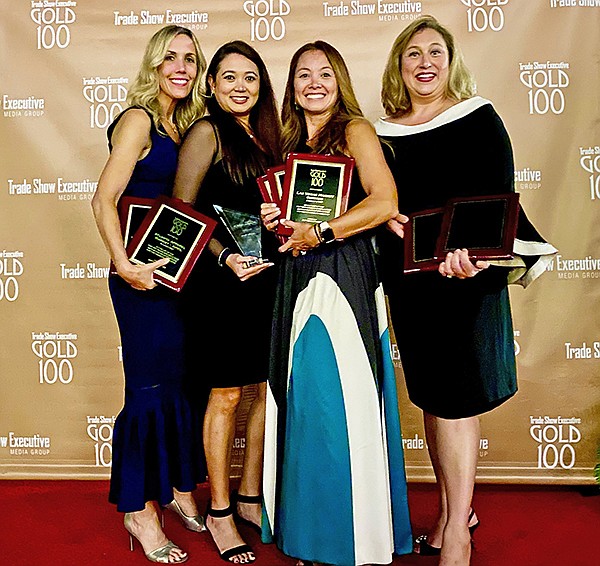 Autumn is when the leaves turn gold, and it’s also when International Market Centers harvests medals.

“2021 was a year in which the exposition industry was focused primarily on recovery,” said IMC CEO Bob Maricich. “These awards reflect the resilience of the industries served by IMC’s markets as well as the overall strength of the trade-show industry.”

Trade Show Executive’s Gold 100 Awards recognize the top trade shows held in the United States and highlights the achievements of associations and independent show organizers. Eight of the 23 buying events produced by IMC in 2021 were recognized as being among the nation’s largest. Its award-winning events were the Winter and Summer 2021 editions of Atlanta Market; the Summer 2021 edition of Las Vegas Market; and the February, April, June, August and October 2021 editions of Atlanta Apparel.

In addition to its show accolades, Jennifer Muna, IMC’s VP of Market Operations, was named one of Trade Show Executive’s “Women to Watch” for 2022. This program recognizes and encourages the next generation of female leaders in the trade-show industry.

Muna is responsible for the overall management, business activities, strategies, leadership, oversight and overall direction for event management, exhibitor services, guest services and contract partners for IMC’s Expo at World Market Center Las Vegas. She has over 13 years of experience in the Las Vegas meeting and hospitality industry working for leading Las Vegas event organizers including IMC and Informa at venues including The Venetian, The Palazzo, the Las Vegas Sands Corporation and the Mandalay Bay Resort and Casino.