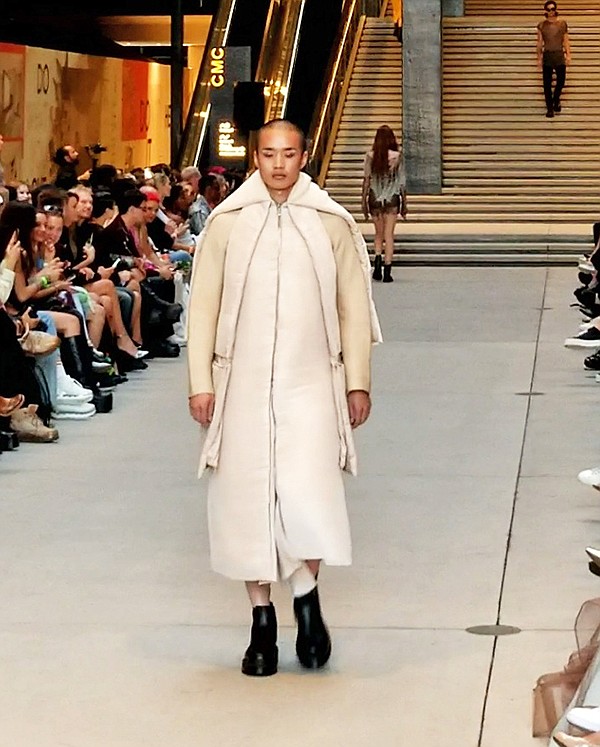 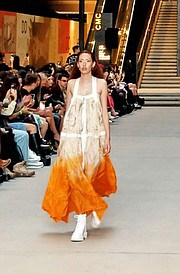 Vegan Fashion Week returned to Los Angeles Oct. 10–12 on a mission to promote sustainability and peace through a partnership with Ukrainian Fashion Week, which has been seeking much-needed support from the industry. The event included Ukrainian creatives who have been displaced as refugees due to the Russian invasion of their country—forced to leave behind their homes, loved ones and way of life.

In addition to a marketplace and seminars, VFW featured a sunset runway presentation set amid the backdrop of the renovated California Market Center atrium. The Oct. 10 event was produced through an approach that reduced energy consumption. 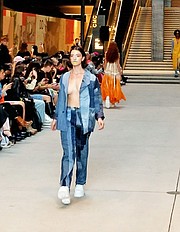 “The idea was to play with the natural light, and that is why we did a Golden Hour sustainable fashion show,” Rienda said. “The idea was to remove all the additional lights that are used in fashion shows to reduce our impact. We really wanted to play with the light in the atrium and create imagery that is aligned with the message about nature, sustainaibilty and natural light.”

“Being recognized by such an important office, it’s a big win for the movement,” said Rienda. “This confirms that Los Angeles is an ethical destination and political platform for animals and sustainability. This is a confirmation that we are in the right place.” 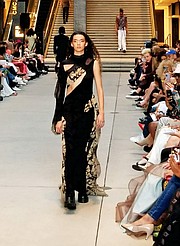