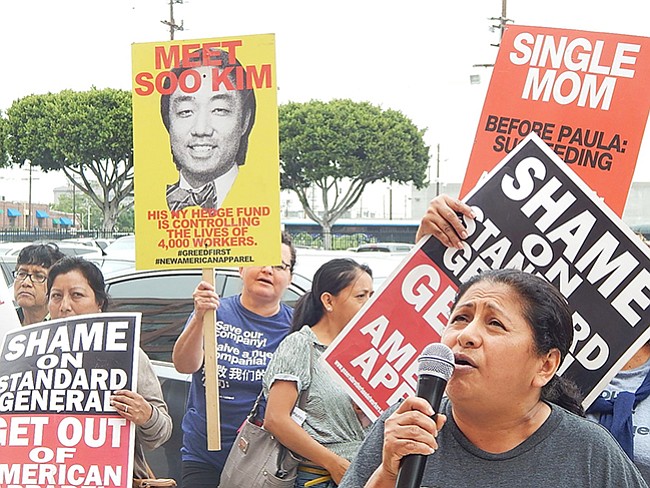 Protesters demonstrated outside the executive offices of American Apparel, calling for the ouster of the new chief executive, Paula Schneider, and the return of the company’s founder, Dov Charney.

Days after American Apparel announced it would be closing some stores and laying off workers, about 80 American Apparel workers rallied outside the company’s enormous factory near downtown Los Angeles to protest the way the company is being managed.