The Controversy Around the Singer Sewing Machine Patent 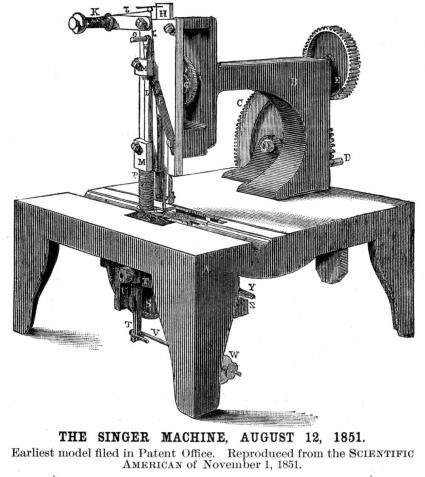 There were plenty of sewing machines around, but Isaac Singer was the first to build a commercially successful, mass-produced machine. He filed his patent on Aug. 12, 1851.

Singer built the first machine where the needle moved up and down rather than side to side. And the machine was powered by a foot treadle, not by cranking a side wheel. But Singer's machine used the same lock stitch that had been patented by Elias Howe, another sewing machine inventor. Howe sued Singer and won, with Singer having to pay him patent royalties. Sounds like your typical fight in fashion over who invented what first.

According to the U.S. Census Bureau, some 15,000 entities in the country employ 180,000 workers in clothing manufacturing. Sewing machines might have gone electrical, but they are pretty much the same.