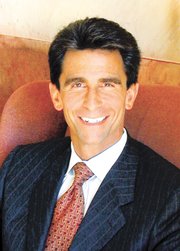 After 20 years, Rob Jungmann, president of the Los Angeles–headquartered Jungmaven hemp T-shirt brand, might be seeing his business turned upside down.

Since 1994, he has been selling T-shirts made from a fabric with an outlaw cachet. For years, it was illegal to cultivate hemp in the United States because hemp is a member of the cannabis family of plants. Yet hemp does not carry high enough levels of THC, the psychoactive element in marijuana, to intoxicate people.

But hemp is on the road to legalization. On Feb. 6, the U.S. Senate passed the sprawling Agricultural Act of 2014, or the Farm Bill, which included an amendment called the Legitimacy of Industrial Hemp Research. It gives state agricultural departments and universities the liberty to conduct research on hemp without fear that its researchers will be breaking drug laws.

Jungmann has long been an advocate of hemp, educating people to see the plant as a crop that is more environmentally sustainable than cotton and hemp fabric as potentially more soft than cotton and sturdier than any canvas.

With the legalization of industrial hemp, Jungmann expects some of the stranger aspects of his business will be ironed out. For example, for decades it has been illegal to cultivate hemp, but it is legal to sell hemp products such as T-shirts, yoga pants, denim, soaps, food stuffs and building materials.

“It’s losing the dirty feel because it was illegal,” Jungmann said. “There is such a buzz. There’s new interest. People who had not heard of hemp are tuned into it.”

If a domestic hemp industry is created, Jungmann will not have to import hemp fabric from a number of places, such as China, Canada and various Eastern European countries. The price of hemp fabric might come down. The price for a yard of a hemp-blend jersey currently ranges from $4.50 to $6.50 wholesale. However, Jungmann tries to keep the price of his Jungmaven shirts down; the core price points range from $29 to $42 and have been sold at retailers such as Steven Alan.

“It will be a mainstream fabric,” Jungmann forecast. But it will happen slowly. Major brands such as Vans, Patagonia and Giorgio Armani have experimented with hemp fabric—Vans makes a line of hemp shoes every season—but they’ll have to give hemp more support for it to become a mainstream fabric, Jungmann said.

It will take time for a domestic hemp fabric industry to grow. Hemp crops will have to be planted. Hemp mills to process the fabric will have to be built. The fabric might have to be reintroduced to the public, said Isaac Nichelson of Los Angeles–area S3 Sustainable Source Studios, a creative and manufacturing company handling eco-friendly product. “It’s a niche product. It’s a little costly for that reason,” he said.

There’s also been a stigma built around industrial hemp after decades of being illegal. Many brands with which Nichelson consults have passed on working with hemp. “It is misunderstood and undervalued as a textile fiber,” he said. “Its performance outdoes cotton and polyester; the blend is stronger, and it lasts longer.”

Hemp also will have to get green lights from various government agencies. The farm bill requires the attorney general of every state to interpret how the federal law will work with existing state laws. California Attorney General Kamala Harris has started to consider how the farm bill will be interpreted in California.

However, the pace of change at the federal level is slow and frustrating, said California State Sen. Mark Leno (D–San Francisco). Last year, he sponsored SB 566, which Gov. Jerry Brown signed into law on Sept. 27. It allows farmers to start cultivating hemp upon federal approval.

“It’s a half step in the right direction,” Leno said. “I don’t know why they need to take a half step. Why not just enact the legislation that is pending? We are talking about a non-drug. What is the issue?”

There also is great relief among industrial hemp advocates. After years of being written off as supporters of a fringe issue, they can think about a future where hemp is embraced. “It’s surreal,” Jungmann said. “I feel like I can rest, but the challenges are going to be different. Our challenge has always been that we can’t grow hemp in this country. Now it’s going to transition to getting farmers to grow it in the U.S.”