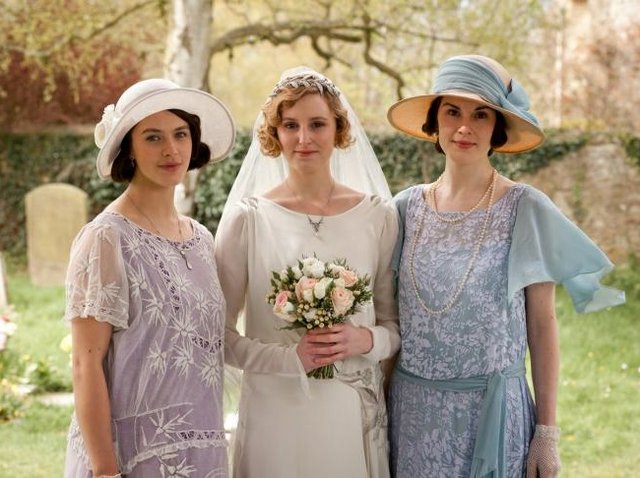 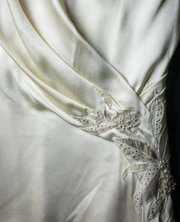 Rob James-Collier on the set of "Downton Abbey"

If you are anywhere near Wilmington, Delaware, between now and January, you could be THISCLOSE to the costumes of “Downton Abbey.” Judging from the photos alone, it would be worth the trip to visit the Winterthur Museum & Country Estate to check out the “Costumes of Downton Abbey” exhibition.

Featuring some of the PBS series' most memorable costumes (Edith’s wedding dress! Thomas' footman's livery! Mary’s mourning suit!), the exhibition is presented by M&T Bank, DuPont and Glenmede Trust Co. (Winterthur was the home of the DuPont family and is now a museum with a focus on American decorative arts and costume exhibitions.)

Bloggers Tom and Lorenzo visited Winterthur over the weekend and have not one, but two posts—wait a minute, it’s actually three photo-filled posts—about exhibition, with lots of design details, background information and shots of the costumes in action on set.

If the images from the “Downton Abbey” exhibition leave you wanting more TV costume inspiration, you only have to wait until July 22 when the 8th Annual Outstanding Art of Television Costume Design opens at the Fashion Institute of Design & Merchandising’s Museum & Galleries in downtown Los Angeles.