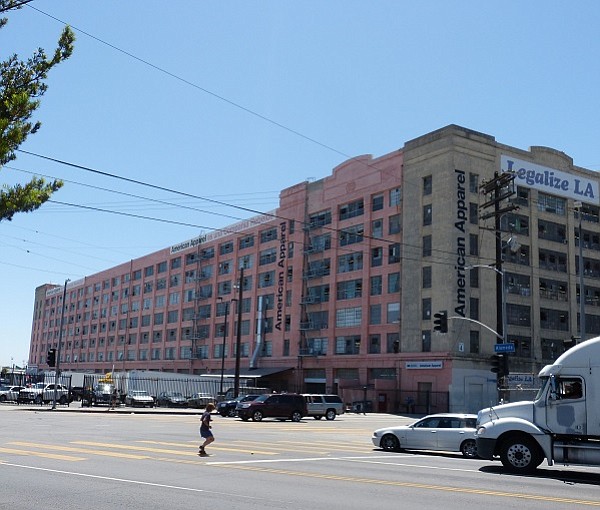 After months of speculation, American Apparel headed to bankruptcy court on Oct. 5 to try to keep its large Los Angeles manufacturing operation up and running.

In the Chapter 11 bankruptcy protection filing, the company will receive an infusion of cash to move forward. One of the company’s first moves will be to introduce new product to its stores now that American Apparel has enough cash to actually buy fabric to produce an updated collection of styles for men, women and children.

Under the helm of Paula Schneider, who took over as the clothing company’s chief executive last January, the goal has been to freshen up the merchandise mix sold at American Apparel’s more than 200 stores.

Her design team, with new leadership, created a Fall line that she felt would sell. “We designed a new, beautiful Fall line, but we had the ability to buy only 15 percent of what we designed,” she said in an interview with the California Apparel News.

“First and foremost, it is [about] product. We are a company that makes fashion and fashion basics, and we need to have new product,” Schneider noted.

Cash was so tight she had to figure out which units—retail, wholesale or e-commerce—would get funds. She likened it to being faced with a Solomonic dilemma. “It was like which child do you like more?” Schneider said, adding that the marketing department was another division receiving little cash.

In the past, before Schneider arrived, American Apparel focused heavily on advertising in magazines, newspapers and billboards—often creating ads that turned heads.

Schneider emphasized that the clothing concern will continue to manufacture its products in Los Angeles and still has an employee base of 8,500 to 9,000 people who work in the company’s stores, large distribution center, knitting factories and garment factory.

The bankruptcy news, she said, is in some ways a relief to the company’s staff concerned about American Apparel’s direction and financial health. “This [restructuring] allows us to do what we wanted to do with our turnaround [while preserving the jobs we provide in the U.S.A.],” she noted.

While sales have been down, the sewing workers have been concentrating on manufacturing clothing sold at wholesale to printers and distributors. Schneider said the wholesale business accounts for 75 percent of the units produced by the company but makes up only one-third of American Apparel’s revenues. The idea is to change that equation.

The company filed for bankruptcy protection on Oct. 5 in federal bankruptcy court in Delaware, according to court filings that outlined the Chapter 11 bankruptcy petition. The bankruptcy does not affect American Apparel’s overseas operations and stores.

The troubled Los Angeles clothing company, which started out making blank T-shirts and then branched out into a wide array of clothing sold at its own company stores, has been on a wild ride ever since it ousted its founder and former chief executive officer, Dov Charney, late last year. Charney started the Los Angeles venture in 1997 by selling T-shirts to the wholesale market.

After moving to a large 800,000-square-foot facility on the edge of downtown Los Angeles in 2000, American Apparel branched out to form its own retail stores in 2003. At a time when many U.S. clothing ventures were manufacturing overseas, American Apparel became the largest clothing factory in the United States.

But the publicly traded company has been bleeding money for years and recently was warned by the New York Stock Exchange that it would be delisted because several months ago its stock price fell below $1 a share, which is necessary to remain active on the index. On Oct. 2, American Apparel’s stock was listed at 11 cents a share, close to its 52-week low, which was 10 cents a share. Its 52-week high was $1.20.

Under the bankruptcy filing approved by the board of directors, the company has struck a deal with its secured lenders to reduce American Apparel’s debt through a process called debt-for-equity conversion, which means the company’s bondholders swap their debt for shares in the company.

American Apparel’s debt will be reduced from $300 million to no more than $135 million, and annual interest expenses will be decreased by $20 million.

“This process will ultimately benefit our employees, suppliers, customers and valued partners. American Apparel is not only an iconic clothing brand but also the largest apparel manufacturer in North America,” Schneider said. “We are taking this step to keep jobs in the U.S.A. and preserve the ideals for which the company stands.”

American Apparel, in the bankruptcy filing, did not announce any layoffs. It will keep its 130 U.S. stores open.

If the restructuring plan is approved by the court, American Apparel’s existing common stock will be extinguished and common stockholders will not receive any consideration, consistent with legal priorities.

Charney, American Apparel’s founder, was the company’s largest shareholder, who controlled, with Standard General, 43 percent of the common stock. This means that Charney will incur an $8.2 million loss in lost stock.

To increase his stock holdings from 27 percent of the shares to 43 percent, the former CEO borrowed $22 million from Standard General.

Charney has filed a number of lawsuits against American Apparel and its former executives. In one lawsuit filed in June in Los Angeles County Superior Court, he claims Standard General and several former executives and board members participated in a scheme to trick the American Apparel founder into diluting his ownership stake in the company when they issued more stock to raise capital. He claims they wanted to sell the company despite his objections. He is asking for $100 million in damages.