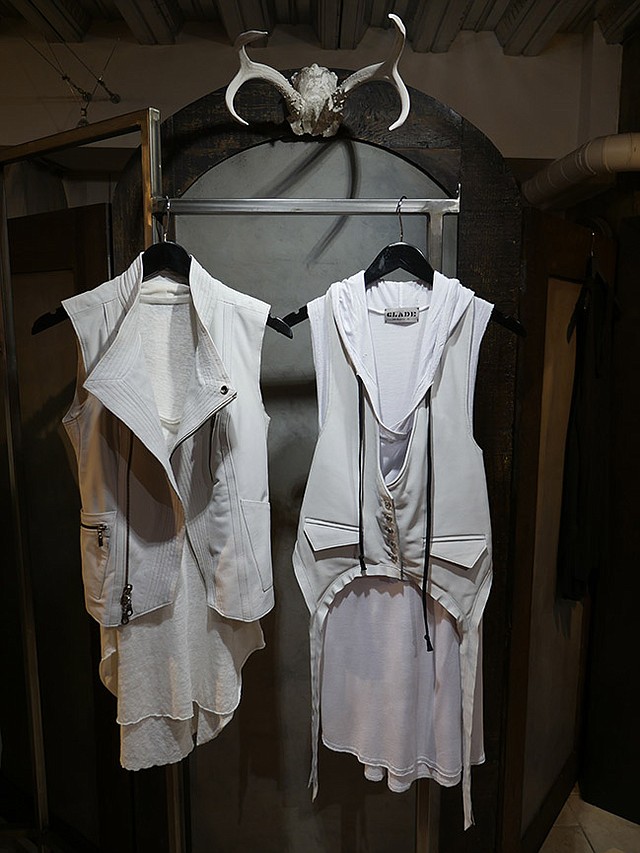 Menswear has been an inspiration for women’s styles since Katharine Hepburn became a movie star in the 1930s. Maya Reynolds, downtown Los Angeles designer for CLADEman, used her line, worn by male rock stars such as Steven Tyler of Aerosmith, Perry Farrell and Chris Martin from Coldplay, as an inspiration for her new line, called CLADEwoman.

“We’re brought up wearing pretty dresses and high heels. It’s a traditional idea of what is sexy for women,” she said. “Menswear is empowering. It’s bold and comfortable. Men are allowed to cover up and look sharp.”

Some of the inspiration for the line came from her boutique, called Clade, in downtown Los Angeles. She was seeing women purchasing looks from her 5-year-old line CLADEman, albeit in smaller sizes.

Rock ’n’ roll looks also were an element with CLADEwoman. She hoped to give the line qualities beyond foundations of comfort and simplicity.

Along with being manufactured in Los Angeles, the line is constructed out of natural materials such as high-end linen jersey, cotton and lambskin. Silhouettes are intended to be unique.

“It’s a bit androgynous, and it has an edge,” Reynolds said.

CLADEwoman took a bow in July with a 10-look capsule collection. Some pieces include a waistcoat featuring straps hanging from the piece’s hems. There’s a hooded tank dress, a silk mesh dress with frayed edges and a biker-inspired lambskin vest.

CLADEwoman is sold exclusively at West Hollywood, Calif., boutique Niki Schwan. For the Spring/Summer 2016 season, Reynolds hopes to expand the line and sell it at other stores.