By Nicholas A. Rozansky and Michael A. Bernet, Contributing Writers 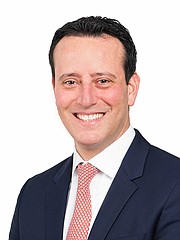 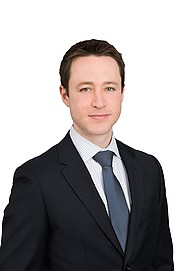 The formidable Writ of Attachment is a popular tool among plaintiffs in California collection actions. A Writ of Attachment allows a plaintiff to turn its unsecured claim into a secured one by placing a judicial lien on the defendant’s assets—even before the case goes to trial. In fact, plaintiffs frequently file applications for Writs of Attachment very early on in a case to ensure the defendant can pay an anticipated judgment by preventing it from conveying, encumbering or hiding its assets during the pendency of the action. If you’re a business owner, having a Writ of Attachment levied against your property can be devastating. (This is in fact why so many plaintiffs seek them—once attached, defendants are often desperate to be released and much more willing to settle.)

So how do you avoid a Writ of Attachment? If you’re a merchant, it’s simple: know your rights under the UCC Article 2. The UCC Article 2 (the “Uniform Commercial Code”) is the body of law that governs sales of goods. Buyers and sellers of apparel (and related items such as fabric and piece goods) should be especially aware of the UCC, as claims for breach of contract for late, defective or nonconforming goods fall squarely within the UCC’s crosshairs. Why is knowing the UCC before a claim arises so important? Because it provides that if issues are handled a certain way, a defendant can stop a plaintiff’s claim dead in its tracks. This is also important because, in order to obtain a Writ of Attachment, a plaintiff must show, among other things, that it is “more likely than not” to win on its claim.

To win a breach-of-contract claim in the apparel world, a plaintiff generally must submit documentary evidence establishing that the defendant (1) ordered goods, (2) received them, and (3) failed to pay for them. From the plaintiff’s perspective, it’s generally easy because this sort of documentary evidence is typically made and kept in the ordinary course of business and, therefore, is readily available. (Think purchase orders, signed delivery receipts and packing lists). To defend a breach-of-contract claim and a Writ of Attachment, a defendant must submit reliable documentary evidence establishing that even though it received the goods and didn’t pay for them, it had very good reasons for not doing so—an inherently uphill battle.

By enacting the following procedures before a problem arises, a defendant can often avoid, or at the very least substantially lower, the amount of any claim or attachment:

• Include detailed specifications for each good in each purchase order;

• Include a “Cancel If Not Shipped By” date on each purchase order; and

• If you have a contract with a downstream customer for the goods, inform your supplier about the existence (but not the name) of the customer, and the customer’s specifications and/or time requirements. (This will put the seller on notice of your need for timely and conforming goods and that you will suffer actual damages if they fail to deliver.)

It would also be wise, but not necessary, to include the following additional terms:

• Seller agrees to be bound by only the terms contained in the purchase order;

• Seller agrees to pay all reasonable expenses relating to returning late, defective or nonconforming goods, including all inspection, repair, warehousing and other costs; and

• The prevailing party shall be entitled to recover reasonable attorneys’ fees in connection with any dispute relating to or arising from the purchase order.

If the goods arrive late, damaged, defective or nonconforming, the following additional procedures (based on the UCC’s strictures), should be followed:

• Promptly notify the seller of the problem and that, on that basis, you’re “rejecting” those portions, or the entire allotment, of the goods;

• Quarantine the goods and either (a) offer to return them to the seller or (b) make them available to the seller to pick up; and

• Allow the seller a reasonable opportunity to “cure” the problem, if possible (at least 10 days).

It is very important that, if you want to reject the goods and not be liable for any damages, you not sell, reship, cut, sew, dispose of, or do anything with the goods that could be considered “inconsistent with the seller’s ownership” of them. If you do, under the UCC, you will generally be considered to have “accepted” the goods and therefore be obligated to pay the contract price. If you do such “inconsistent” acts, however, all hope is not necessarily lost.

If you didn’t realize there was a problem with the goods until it was too late or tried selling late or nonconforming goods to your downstream customers and they rejected them or levied chargebacks against you, promptly tell your supplier and show proof of your damages. Proof here cannot be in the form of merely your word to the supplier or a spreadsheet you’ve created detailing the problems or charges. Courts generally do not consider this “reliable” evidence upon which defendants can oppose a Writ of Attachment or the underlying claim itself. Instead, you should show your suppliers pictures of the defects, your communications with your customers, and/or your accounting statements and any other backup information you have establishing your damages. This is the sort of reliable documentary evidence that courts require and will help you overcome, or at least reduce, a Writ of Attachment or claim.

If you discovered a problem with the goods and still have them in your possession and you followed the procedures outlined above yet the supplier still failed to cure within a reasonable time, the UCC allows you to try and sell the goods without being deemed to have “accepted” them. But to the extent you are able to sell any goods, you must pay the supplier the “reasonable value” for them, which may be less than the contract price. If you sell them without paying for their reasonable value, you may be considered “unjustly enriched,” which will provide the supplier with a legal basis to pursue you.

As with most types of cases, the No. 1 thing you can and absolutely should do to avoid lengthy litigation, or having a writ levied against you, is to document everything. If you were just served with a lawsuit, then it’s time to start assembling your documentary evidence now—don’t wait until you’re served with the application for the Writ of Attachment. If not given adequate time to prepare an opposition, you risk having your assets attached for three years.

Nick Rozansky is a partner at Brutzkus Gubner Rozansky Seror & Weber LLP. He can be reached at nrozansky@brutzkusgubner.com.

Michael Bernet is an associate at Brutzkus Gubner Rozansky Seror & Weber LLP. He can be reached at mbernet@brutzkusgubner.com.