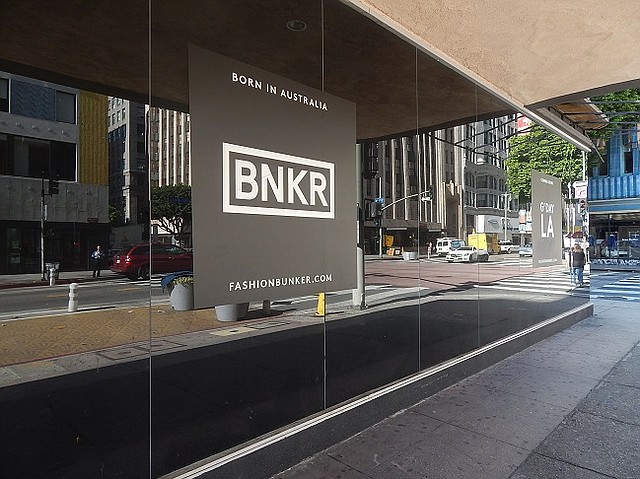 Now the latest news is that the Australian-brand store opens its doors at the corner of Ninth Street and Broadway in downtown Los Angeles sometime in April, said Kendall Sargeant, the pr person for parent company Australian Fashion Labels.

Since the beginning of this year, black paper has shrouded the tall windows of the store, located a few doors up from the Ace Hotel and across the street from Acne Studios. The company is already advertising job opening at the downtown outpost.