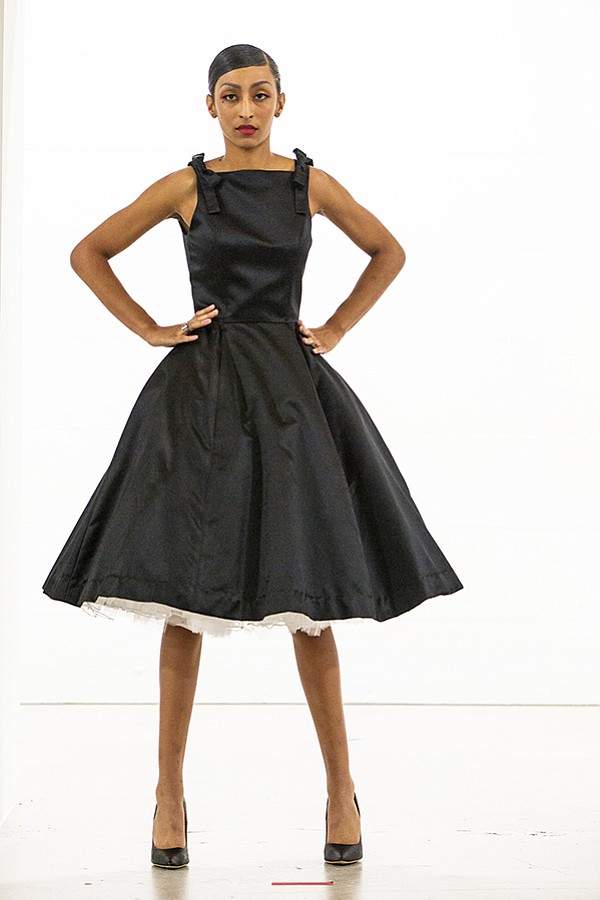 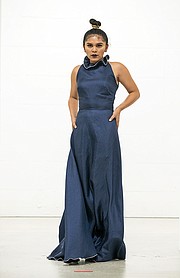 The biannual Gold Thimble Fashion Show is a chance for Los Angeles Trade-Tech College’s graduating fashion students to show what they have learned in their path to earning a degree.

The most recent Gold Thimble Fashion Show was held Dec. 8 at The Reef just south of downtown Los Angeles.

This season’s theme was a tribute to Edith Head, the iconic American costume designer who won eight Academy Awards for her creations seen on the silver screen.

The eight categories students showed on the runway were fashions inspired by the Edith Head theme, swimwear, athleisure, childrenswear, day dresses, after five, eveningwear and menswear.

First-place winners in each category were Russell Conte for swimwear and menswear, Gustavo Montes for athleisure and day dresses, Luis Rodriguez for childrenswear and the Edith Head tribute, Fernando Ramirez for after five, and Pedro Rubio for eveningwear.