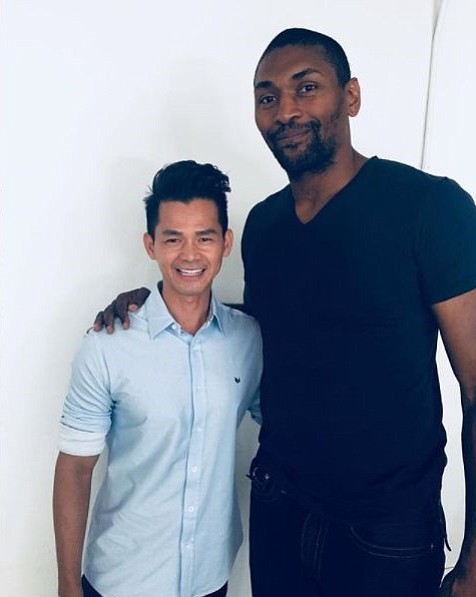 Former Los Angeles Lakers star Metta World Peace made sports headlines in October when he took a coaching job with the South Bay Lakers, the development team for the NBA organization.

Metta World Peace, who was born Ron Artest, recently became part of a fashion story. It was recently announced that the hoops star joined Long Beach, Calif., shirting brand Butter Cloth as an equity partner. His investment was not disclosed, according to a brand statement.

In a video statement, Metta World Peace said that he avoided wearing collared shirts in the past because he did not feel comfortable in them. “Butter Cloth is one of the best midday meeting shirts. It’s comfortable. I don’t have to worry about ripping my shirt. I can wear it with a jacket. I think it’s brilliant,” he said.

The announcement comes shortly after the emerging brand took a bow as a direct-to-sales clothing company. Tran started Butter Cloth in January as a new angle on the men’s dress shirt. Butter Cloth shirts have the look of the men’s dress collared shirt but have the soft feel of a high-end T-shirt, Tran said.

The label’s shirting is made out of a proprietary fabric, which Tran said he developed with a Chinese fabric mill. It is 100 percent cotton but constructed as a double knit, which gives it stretch. Butter Cloth fabrics are finished on the outside and the inside of the shirt, which creates the T-shirt feel, Tran said. 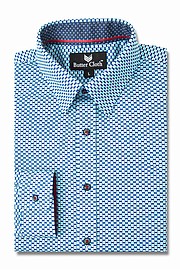 Tran also designed the shirting label’s patterns, which run in solids, plaids and geometric shapes. All of the patterns feature unique shapes and colors to give the shirt an added point of difference.

Butter Cloth is Tran’s first independent venture after working in a variety of design jobs in Southern California’s apparel industry. He designed clothes for Barbie dolls. He also designed T-shirts, fleece and jackets for the mixed-martial-arts lifestyle brand Affliction, headquartered in Seal Beach, Calif. Tran said that the wide range of gigs made him a better designer. “If you are talented, you can design anything,” said Tran, who graduated from Otis College of Art and Design and immigrated from his native Vietnam as a teenager. 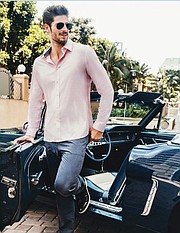