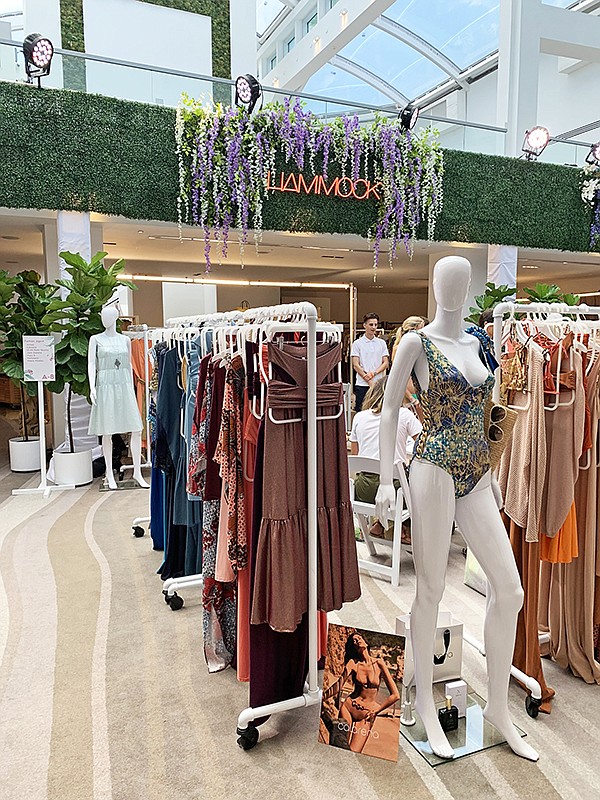 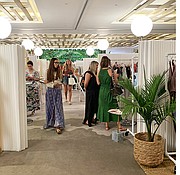 Marking its second year at the 1 Hotel, Hammock’s decision to host its event at the eco-conscious space on Miami’s Collins Avenue may have had something to do with an industrywide shift toward sustainability. “Brands are trying to be more globally conscious and using sustainable materials in their merchandise,” Hammock’s management said. “The hotel’s aesthetic perfectly aligns with Hammock.”

This year’s Hammock welcomed 800 attendees, among whom were a variety of notable buyers, according to show organizers. Representatives from Bloomingdale’s, Revolve and Saks Fifth Avenue were in attendance, and exhibitors felt Hammock did an excellent job of blending established brands with emerging newcomers. 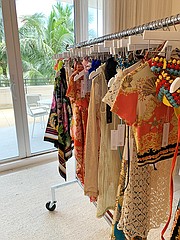 “Personally, I switched to Hammock because it was a friendlier experience,” said Simon Southwood, vice president of Sauvage, a brand specializing in swim and resortwear with singularly European-inspired prints. “Traffic here is okay, but its definitely important to have appointments. You can’t rely on walk-ins,” he said. Still, Sauvage wrote several orders at the show and is confident the walk-ins will convert into sales.

Marc Merklen, who founded My Fashion Agent and additionally heads up its sales and marketing efforts, was pleased with the turnout and quality of buyers at Hammock. “I have increased the amount of brands I bring along with me every year, and next year I’ll bring double the amount of brands because business exploded,” said Merklen. Among other brands, Merklen showcased Calarena, a 12-year-old swimwear line launched out of Corsica known for its simple cuts and romantic details such as braided belts and well-placed hardware.

While Hammock may not necessarily focus on branding its event as a trade show, Alessandra Bell, the founder and creative director of the London-based showroom Coco Nauticals, said it was apparent to her. “Hammock is positioned for emerging brands, and it’s the first platform to state that ground,” she said. “Customers are looking for what’s fresh and new and don’t want to be seen wearing what everyone else is wearing. Trade shows need to make more room for emerging brands if they’re going to service that market.”