Max Azria, Founder of BCBGMaxAzria Group, Passes Away in Houston

Max Azria, whose imprint on the Los Angeles fashion world is legendary, passed away on Monday at The University of Texas MD Anderson Cancer Center in Houston. He was 70.

Sources close to Azria said he died of lung cancer. 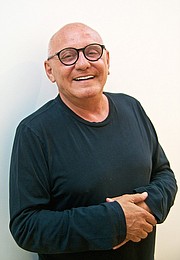 Azria, who was the youngest of six children and was born in Sfax, Tunisia, on Jan. 1, 1949, grew up in France and later came to the United States in 1981 after designing women’s apparel in Paris for 11 years.

But Azria wanted to do more and start his own label. So, in 1989, he launched BCBGMaxAzria, with many people wondering what BCBG stood for. It was a French acronym for “bon chic, bon genre,” a phrase that means “good style, good attitude.” By 1992, Azria had opened his first store, located in Los Angeles.

The company was a constant presence on the runway at New York Fashion Week and later expanded its offerings in 1998 by acquiring the French label Hervé Leger and starting a younger label called BCBGeneration, whose creative director was Azria's daughter Joyce.

Azria’s fashions were worn by celebrities including Drew Barrymore, Selena Gomez and Kim Kardashian, and he was inducted into the Council of Fashion Designers of America in 1998. At one time, the company had more than 550 stores worldwide and was carried by major department stores. His retail outposts were all over the United States and in major international hubs including London, Paris, Tokyo and Hong Kong.

His clothing could be found on the racks at Nordstrom, Bloomingdale’s, Macy’s, Saks Fifth Avenue and Neiman Marcus.

“Max had the vision of a superstar,” said Ilse Metchek, president of the California Fashion Association in Los Angeles. “He reached for the moon. He established a brand that was worldwide.”

Paul Guez, the founder of several Los Angeles denim companies, was a longtime friend of Azria. He said Azria was not only a genius but a kind and generous person. “He was a very, very successful man, and he had a heart of gold,” Guez recalled. “He was probably one of the most generous persons I knew. On top of that, every Friday night he had an open-house Shabbat for anybody. Anybody could go there for dinner and have a good time. It was on average 60 people every Friday, for years.”

Rosemary Brantley, who founded the fashion design department at the Otis College of Art and Design in Los Angeles, said he made chic, clean, modern, well-made, quality clothes. “They really stood out for that,” she said. “It was a sophisticated kind of brand.”

For years, Azria's company was very successful, but in 2016 he left the company after investors Guggenheim Partners, which owned most of the enterprise’s debt, took over. In early 2017, the BCBGMaxAzria Group filed for bankruptcy protection with a debt load of more than $485 million.

Three months after filing for Chapter 11 bankruptcy protection, BCBGMaxAzria received a bid from a consortium that would keep the Los Angeles brand alive and retain about 20 stores in its retail fleet.

The total buyout price put forth by Marquee Brands was $165 million. Global Brands Group Holding, another member of the consortium, would pay $23 million for inventory and the right to keep as many as 22 retail outposts as well as operate the BCBG e-commerce site.

But Azria was always a consummate businessman, and in 2017 he was named chief executive of ZappLight and its parent company, Clean Concept.

ZappLight is an LED lightbulb that is also a bug zapper. It can be used inside the house or outside on the patio.

Max Azria’s survivors include his wife, Lubov Azria, who was the creative director at BCBGMaxAzria Group, and six children: Michael, Chloe, Marine, Agnes, Anais and Joyce. His brother, Serge Azria, is also in the Los Angeles fashion industry and is the designer behind the labels Joie, Equipment and Current/Elliott.