PacSun Has First International Pop-Up at Selfridges in London 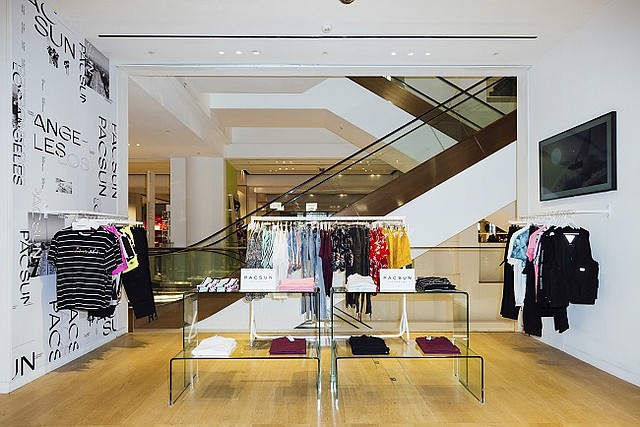 PacSun is riding the waves into England with a pop-up store inside Selfridges in London. 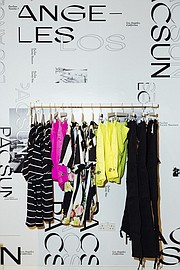 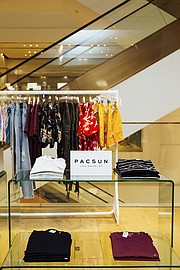 The Southern California-based company saw its men's pop-up open in the men's denim room on May 3 where men's apparel and accessories from PacSun Denim and Fear of God Essentials by Jerry Lorenzo are now available. On May 15, PacSun Denim for women and the Lottie Moss Collection will have a shop-in-shop in Selfridges' denim studio. After that, PacSun will introduce the Kendall + Kylie collection.

Now that PacSun merged last year with Eddie Bauer into a new company called PSEB, the brand is moving beyond its typical U.S. specialty retailer space. Alfred Chang, PacSun's president, said that the brand is accelerating its growth by being introduced to a new and younger demographic in the United Kingdom.