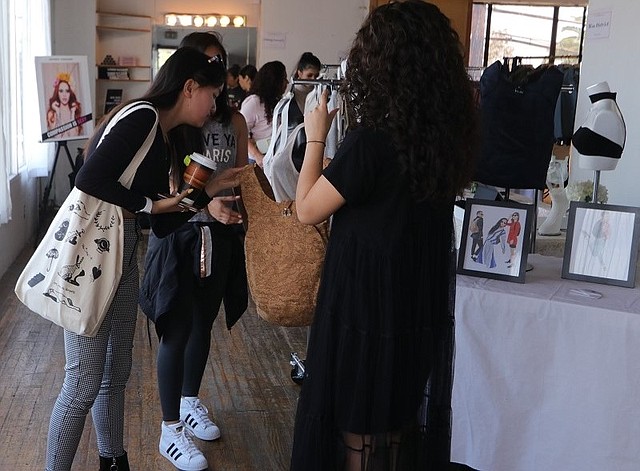 With a following of concerned, fashionable animal-rights advocates, F.A.K.E. launched its inaugural event in Los Angeles as an authentic movement toward greater consumer conscientiousness. Fashion for Animal Kingdom & Environment (F.A.K.E.) was founded by Jonathan Ohayon, the co-founder of Arsayo, a Paris-based brand of ethical, vegan bags.

“Before designing my bag, I couldn’t find anything that was ethical but also vegan, or vegan and also ethical,” he said.

“It went super well and it was exactly what I wanted. All the vendors viewed the pop-up as if it was their own pop-up. I am really happy because I tried to create a movement and that is what happened,” Ohayon said. “People were very thankful for this kind of event. In L.A., we have many events for veganism, but we don’t talk about fashion being vegan.”

Following the success of the inaugural event, which showcased ethically made, cruelty-free apparel and sustainably sourced makeup, Ohayon will host a second event June 8 at the same location.

“If it goes well, we’ll keep doing it. The goal is to do it every month, which would be amazing,” Ohayon explained. “It’s good to educate yourself. Everything that you see at our events is not only vegan, but it’s also ethically made. Some people are confused by this distinction.”

Attendees will also be treated to complimentary vegan makeovers and a photo shoot. The event will provide access to the designers, makeup artists and animal-rights influencers who will be on hand to speak with guests.

“You can talk directly to the designer if you have any questions regarding where an item is made or how it’s made,” Ohayon said. “We created a platform for designers who are vegan and ethical. It’s not just vegan.”