Staying Up All Night at Kanye West DTLA Pop-Up 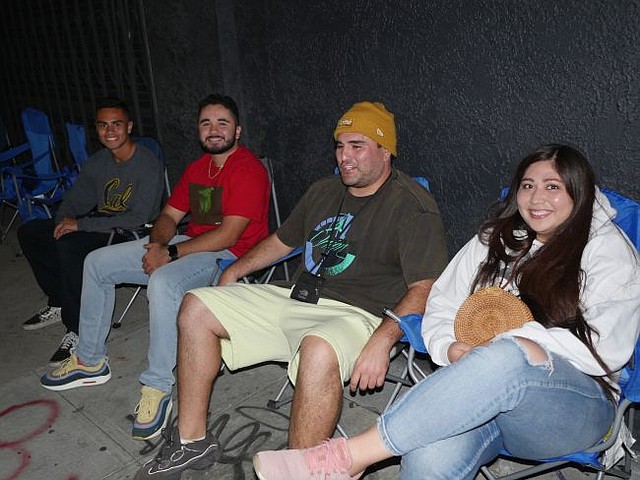 Music star, Adidas collaborator and provocateur Kanye West produced a pop-up shop for album merchandise for his Jesus Is King album. It ran Oct. 25 – 27 at the edge of downtown Los Angeles' Arts District.

Jesse Salazar and his friends shopped at the warehouse pop-up. But they also spent a good chunk of time camping out in front of the temporary shop. It was all to make sure that they were among the first in line for the merch, and for the highly anticipated sneakers Adidas Alien Yeezy 380s. The pop-up served as perhaps the first place in the world where the footwear, with a color reminiscent of moon rocks, was going to be sold.

As members of streetwear and sneaker group LA Notify, it was crucial for them to be the first in line, to hold spaces for other members, and for bragging rights. “It’s an adrenaline rush, “ Salazar said. “I’m getting something a lot of other people aren’t getting.”

LA Notify releases information and guides on drops for streetwear and sneakers, as well as a marketplace for these goods. The Alien sneaker retailed for $230. Salazar forecasted that well-to-do sneakerheads would pay more than $1,000 on the resale market for the kicks.