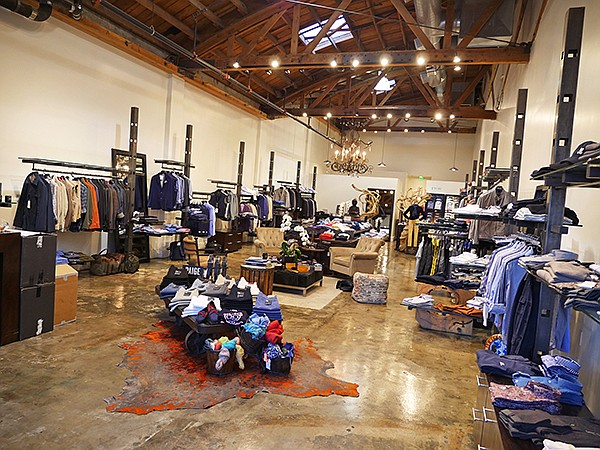 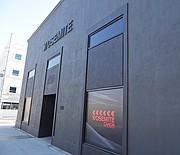 North Canon Drive never ranked as one of the premier fashion retail streets in Beverly Hills, Calif. It was always a place to dine at a restaurant or go to a hair salon, but the street is on course to develop a bigger fashion scene.

The James Perse brand is building a flagship for its multi-sports-oriented Yosemite Collection at 401 N. Canon Drive. The space is expected to be open for business by the end of this year, said Jay Luchs, vice chairman of Newmark Knight Frank, who brokered the deal to bring the brand to the street.

Just a couple of storefronts north, Brooks Brothers is opening a new Beverly Hills flagship at 425 N. Canon Drive. Luchs also brokered that deal, and he forecasted that the venerable suiting and fashion brand will open its shop later this year or in early 2020. Brooks Brothers will move into the former space of the men’s suiting shop Carroll & Co.

Like other Beverly Hills shopping streets, N. Canon Drive enjoys a bustling pedestrian traffic. It has been the home to the Avedon men’s contemporary boutique for a decade and the Gratus contemporary women’s boutique for six years. There’s also an Alo Yoga flagship at 370 N. Canon Drive. A 10,000-square-foot space on 460–466 N. Canon Drive is currently undergoing renovation, Luchs said, but he forecasted that the street’s character won’t change much.

“There’s not a lot of space left to lease. There’s not going to be a big change on the street,” Luchs said. “It will remain a charming local street that does well and where tenants make money.”

For N. Canon Drive’s fashion-store owners such as Reza Shekarchian, co-owner of Avedon, there is no desire for a major change on the street. Its local character brings a great mix of clientele. Shopping on N. Canon Drive are tourists staying at the city’s exclusive hotels such as the Montage Beverly Hills, located a short walk away. N. Canon Drive also is a place where locals feel comfortable. “It’s the restaurants. There are a lot of beauty salons,” Shekarchian said. In a few months, one also should expect more fashion on the street.

North Canon Drive is not the only retail story in Beverly Hills. The affluent city is the address to Rodeo Drive, a world-famous district of flagship shops for European fashion houses, while contemporary shops do business on North Beverly Drive. A new multi-brand shop, TAGS, opened on North Beverly Drive in May. 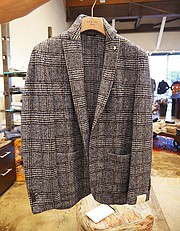 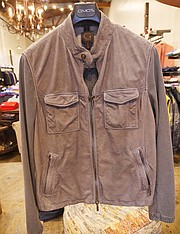 For 35 years, Avedon has focused on men’s suiting and contemporary clothes. In 2009, it moved to N. Canon Drive. Owned by Shekarchian and Yasmine Farmanara, Avedon started a made-to-measure shop called Bespoke at Avedon. The shop is managed by Stuart Newmark, who worked at Carroll & Co. before it closed earlier this year.

Being a local hangout is important to Shekarchian and Farmanara. Coffees and teas are served on the ample chairs in the shop. “Customers should feel welcome and comfortable,” Shekarchian said. “There is no pressure for sales. It works like a charm. Crowds bring crowds.” 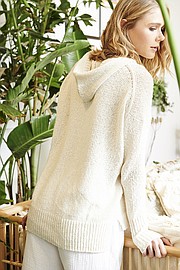 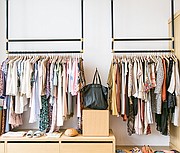 Like the New York stores, TAGS’ Beverly Hills shop features white oak walls and flooring, Rose said. The shop’s top-selling items include a TAGS-brand cream-colored hoodie, which retails for $160. Rose said that the garment’s accessibility distinguishes it. “It’s good quality for a reasonable price,” she said.

TAGS also revived the 1980s brand No! Jeans. Colorful, pop-art cardigans by No! have been selling well, retailing for $350. “They’re fun. They’re bright. It’s funny how many people remember them. People tell me, ‘I had a sweater like that in the ’80s.’ It’s the same one, but they are more fitted. The sleeves of the 1980s sweaters were more oversized.”

The other brands TAGS sells include I Stole My Boyfriend’s Shirt, the most popular item being a vintage-style sweatshirt. The Los Angeles–headquartered label picks out vintage sweatshirts, T-shirts and military items and then transforms them with details such as paint splatters and embroidery. Sweats featuring embroidery with the word “California” retail for $165. 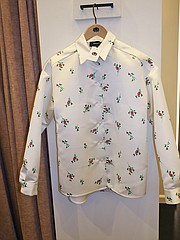 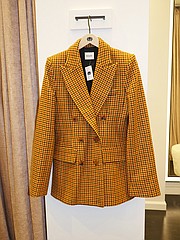 Like most fashion retail on N. Canon Drive, business at the Gratus boutique has been growing. Meredith Kaplan started Gratus in 2013 in a 650-square-foot space on the second floor of the Courtyard building at 427 N. Canon Drive.

A few years later, Gratus moved to a 2,000-square-foot space on the street level of the Courtyard. It’s also been adding staff. Kate Ciepluch recently joined as Gratus’s creative director. With growth, the mission of Gratus remains the same, Kaplan said. “We offer fashion that you can’t find at department stores. You can’t find our designers at other places,” she said.

Top-selling items include the Khaite brand’s Fall 2019 collection, including its Darla Gingham blazer, which retails for $1,820. The Rochas fashion house makes a white collared shirt bearing embroidered roses. It retails for $930. Another popular item has been the Co. brand’s crew-neck sweaters, which retail for $675.

North Beverly Drive is one of the busier shopping streets in Beverly Hills. Planet Blue opened a shop on the street almost 12 years ago, and it gets a big mix of people, said Kailey Harman, Planet Blue’s West Coast regional manager.

“We see all kinds of people in our Beverly Hills location,” Harman said. “Many of them are people who work in Beverly Hills, Beverly Hills locals, people from West Hollywood. We also attract anyone who is a Planet Blue client that lives east of Beverly Hills as this is the closest location for them. Tourism makes up a huge percentage of our business, generally about 30 percent to 40 percent at any given time of the year.”

Recently, Planet Blue Beverly Hills developed a shop-in-shop for the retailer’s Blue Life brand. Harman said that the retailer intends to roll out more Blue Life shops-in-shops in the near future. The Blue Life knits program is selling well. Popular items include the Vivienne sweater, which retails for $152. Another Blue Life item selling well is the Hadid dress, which retails for $156. Denim is a big category at the shop. Popular brands include Mother, Frame and Agolde.