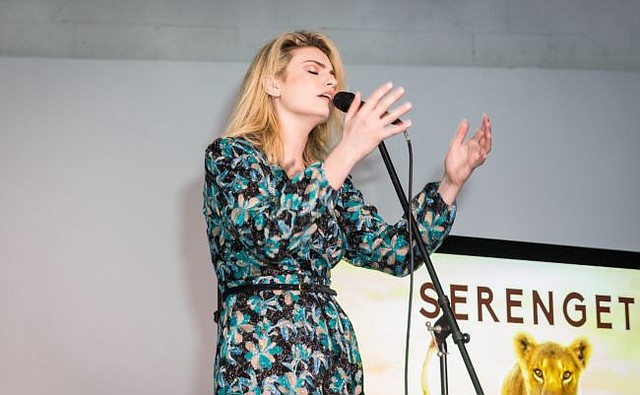 It was the second run for the LA Fashion Festival. From Sept. 20-21, more than 2,700 people passed through the Phylm Studios event space near downtown Los Angeles to take in the festival’s fashion films, a virtual reality project on fashion photographer Matthew Roylston, as well as panels on fashion and beauty topics. There also were more than 12 booths exhibiting sustainable fashion, along with spaces to lounge and quaff drinks from event sponsors such as Heineken.

Founder and managing partner Justin Raymond Merino said that the reason for the non-profit festival was to provide a focus on new trends in film, beauty, retail and innovative technology. “This year’s theme was sustainability,” Merino said. “The biggest takeaway was creating community. I was so surprised at how many people said ‘Thank you for bringing all of these people together.’” The event was produced by his Kulturspace Foundation. In 2018,he produced the event under a former name, LA Fashion Film Festival. It was produced at Fred Segal in West Hollywood, Calif. and at Technicolor Experience Center in Culver City, Calif.

Exhibitors for the 2019 festival included independent fashion brands such as Barbra Lorain, Kaban +, and The Swagabonds. There also was an installation from sustainable fashion’s Eco Stylist and a display from Santa Monica College and Lucky Brand. Santa Monica College Fashion students took scraps from Lucky Brand pieces such as leather patches, half zippers and denim scraps and made one-of-a-kind pieces from them.

Festival goers also were treated to a virtual reality production of a gallery show for Matthew Roylston “Hollywood Royale: Out of the School of Los Angeles,” where the photographer took viewers through a tour of some of his fashion and celebrity portraits. It was presented by The Mill, a studio with a focus on virtual reality and augmented reality.

On Sept. 21, there was an awards festival for fashion films, which was presented and graced by a performance by Lola Lennox, model, performer, and daughter of Eurythemics vocalist Annie Lennox. Winners included the short films Boomerang by Matthew Frost, Dance by John-Michael Triana and Spy Games by Victor Claramunt.

In October, Merino will announce dates for the third annual LAFF. 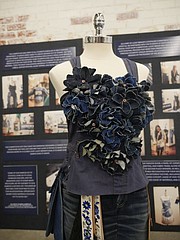 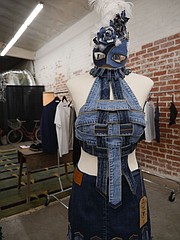