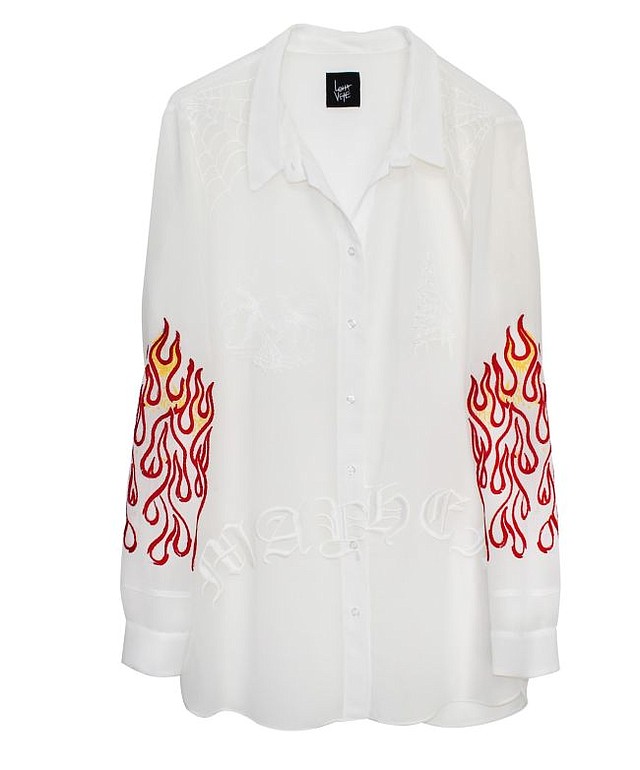 For more than 60 years, Los Angeles style has been deeply influential in jeans and T-shirts, and the city continues to make a deep impression for two European designers who spent a lot of time in L.A. and recently released fashion lines.

Designer Maxi Cassini started designing T-shirts when trying to break into the acting business in L.A. He reportedly sold some of his early work to the pioneering Maxfield boutique in West Hollywood, Calif. 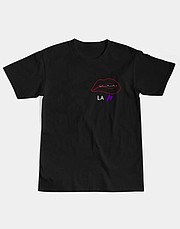 Fast forward to the current time, Cassini is designing high-end streetwear brand Loha Vete in London. The line is manufactured in Italy. It takes some inspiration from Los Angeles streetwear, with T-shirts bearing satires of corporate logos. It also features cut-and-sew pieces such as distressed jean jackets, which look like they got worked over by graphic artists hanging out at a rock ‘n’ roll show. Other pieces feature a woven shirt with images of flames embroidered on sleeves.

Florence, Italy-based designer Jad Stephanou makes high-end streetwear line J&R Artisan Fashion in the Italian city which was a hub of the European Renaissance and continues to rank as a fashion center. Stephanou lived in Los Angeles in 2016 and got to know the city’s clothing manufacturers. He took some gritty L.A. style back to Florence. His label’s Appeal V2 tee features the initials of Los Angeles and an image of lipsticked lips curled in a louche snarl. Proceeds of sales for the T-shirt will go to Los Angeles’ Downtown Women’s Center, which serves homeless women with help in housing and job placement.