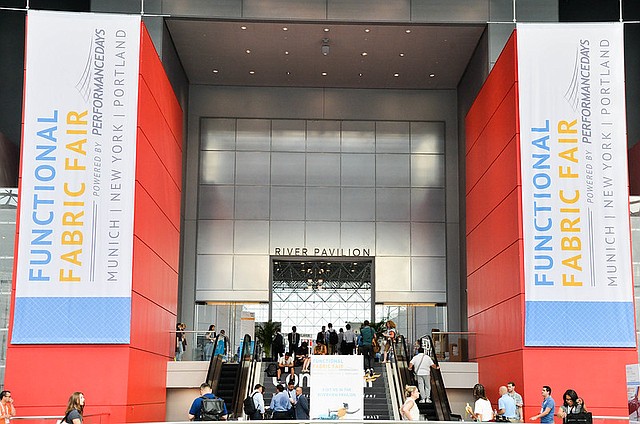 Functional Fabric Fair recently announced that it would postpone the third edition of its New York City event, which was scheduled to run July 20–21, according to a show statement.

The next run of the performance-and-sports-textiles fair, which is produced through a partnership between Performance Days and Reed Exhibitions, has been rescheduled for Jan. 25–26 at the Javits Center due to New York City being one of the centers of the COVID-19 outbreak.

Steve McCullough, the fair’s event director, said that the well-being of the people working and attending the event was the top consideration for show organizers.

“This wasn’t an easy decision,” McCullough said. “However, after consulting with our customers, closely monitoring developments and reviewing guidance from public-health officials, we have decided postponement is in the best interest of the Functional Fabric Fair community.”

There are other on-site events coming up for Functional Fabric Fair. A Portland, Ore., show is scheduled to run Nov. 18–19 at the Oregon Convention Center. This summer, Functional Fabric Fair producers are also planning to unveil a virtual platform for the show. The virtual platform will include features such as appointment setting, digital learning and development, as well as matchmaking between buyers and vendors.

Other prominent trade-show producers are taking similar steps, canceling or postponing physical trade shows, but many organizers are choosing to host virtual shows. Texworld USA and Apparel Sourcing USA recently announced they would produce their July 21–23 editions, originally scheduled for New York City, on a virtual platform. A statement for the fabric-sourcing shows said that the platform would offer free access to sourcing, education, vendor-buyer matchmaking, in addition to online showrooms and live chats.

Paris-headquartered fashion-trade-show brand Première Vision postponed its upcoming edition until Sept. 15–17 at the Parc des Expositions de Villepinte, and its July 21–22 run at New York City’s Center415 will now take place Sept. 30-Oct. 1. The June Denim Première Vision edition, originally slated to take place in Milan, has also been postponed and will now be hosted in Berlin Nov. 24–25 at the Arena Berlin with a return to the Italian city May 26–27, 2021. Première Vision Sport has postponed its July 29–30 run in Portland, Ore., moving the show to Aug. 19–20 at the Oregon Convention Center to be co-located with footwear-sourcing event The Materials Show.